I was done with games. But playing with her is   so much fun.

Ten years ago, I was all set to compete in the winter   Olympics. Then I lost everything—my career, my best   friend, and my girlfriend.

After that, I stopped playing games for good. I swore   never to go back to Colorado. Too many bad   memories. Plus, she’s still there.

Now I live a simple life as a creative director at   Shimura Advertising in New York. All is good, until   my boss cons me and my coworkers into spending two weeks in Colorado at Proton Sports’ sleep-away camp for adults, pitching their business. Turns out Proton’s idea of a pitch is making the agencies battle each other in a bunch of ridiculous winter games.

Preorder on Amazon for a special price. 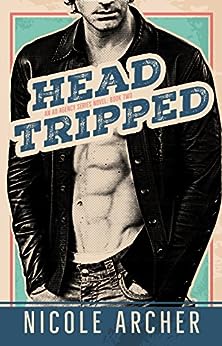 A rockstar romance meets Alice in Wonderland.
Effie’s a gifted musician and a hot mess.
Elias is the frontman in a popular band and hates fame.
They both just want to be normal.
Except there’s nothing normal about the way they meet.
And there’s definitely nothing normal about the connection they share that weekend.
But he’s leaving for his European tour.
And she still has to dig herself out of the hole.
If only they could forget that weekend and go on with their lives.
Or…
He could break all the rules, invite her to play on tour with him, and travel across Europe in a Barbie Disco Bus with a bunch of weirdoes.
Normal is boring.
Crazy is better.
Or is it?

Head-Tripped is the second book in the Ad Agency Series and can be read as a standalone, but many characters from the first book (Road-Tripped) appear in this book. 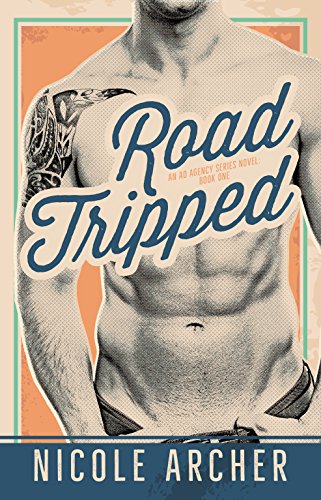 What’s worse than driving across country in a phallic-shaped RV with a coworker you hate? Falling in love with them.

Copywriter Callie Murphy has a bad attitude, a vicious tongue, and a serious aversion to Shimura Advertising’s resident manwhore, Walker Rhodes. Know where he can stick his good looks and Southern charm? She can think of a few creative places. Avoiding him wouldn’t be a problem, except her boss threatens to fire her if she doesn’t go along with him on their RV client’s cross-country tour.

Walker is sick of his job, tired of women, and in a big old creative rut. The upcoming client road trip is just what he needs to shake things up and rediscover his lost passion. But his plans go south when his partner drops out at the last minute, and Callie, the foul-mouthed tiny terror, takes her place. Unless he can find a way to thaw his icy coworker, he’s looking at two months of pure hell.

*Road Tripped is a stand-alone novel and the first book in the contemporary adult romantic comedy series: The Ad Agency Series.

Sign up to win an advanced copy of Field-Tripped

Nicole Archer’s lengthy career as an advertising copywriter not only polished her writing skills—it provided a lifetime of book material. Many months her book purchases are as high as her mortgage. As a full-time, working single mom of a beautiful, brilliant, and horrifically energetic son, she has little time to do much else but work, write, read, drink wine, and breathe.