Ara Martin and college football star Ty Masters have been best friends since the first day of school when Ty literally ran her over. She fell for him immediately, but having lived under the shadow of her famous father, she knows a relationship with irresistible Ty would only end in heartbreak. For four years, she’s kept her feelings hidden. But one drunken encouter weeks before graduation is about to expose Ara’s biggest secret and destroy her most treasured relationship.

What he wants he gets…
 
Knox Masters is a quarterback’s worst nightmare. Warrior. Champion. And…virgin. Knox knows what he wants–and he gets it. All American Football player? Check. NFL pros scouting him? Check. Now, he’s set his sight on two things. The national title. And Ellie Campbell. Sure, she’s the sister of his fellow teammate, but that’s not going to stop him. Especially not when he’s convinced Ellie is the one.
 
…but he’s never met her before.

But Ellie isn’t as sure. She’s trying to start a new life and she’s not interested in a relationship…with anyone. Beside it’s not just her cardinal rule of never dating her brother’s teammates that keeps her away, but Ellie has a dark secret that would jeopardize everything Knox is pursuing. 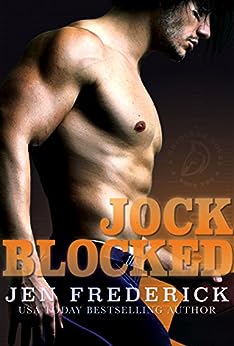 College junior Lucy Washington abides by one rule—avoid risk at all costs. She’s cautious in every aspect of her life, from her health, to her mock trial team, to the boring guys she dates. When a brash, gorgeous jock walks into the campus coffeeshop and turns his flirt on, Lucy is stunned by the force of attraction. For the first time ever, she’s willing to step out of her comfort zone, but can she really trust the guy who’s determined to sweep her off her feet?

Entering his last year of college eligibility, linebacker Matthew “Matty” Iverson has the team captaincy in his sights. And it’s his for the taking, if he can convince his quarterback Ace Anderson to give up the starting position. Luckily, Matty already has an edge—the hottie he’s lusting over just happens to be Ace’s childhood best friend. Getting Lucy on his side and in his bed? Hell yeah. Matty is more than confident he can have both, but when he falls hard for Lucy, it’s time for a new game plan: convince the woman of his dreams that she’s not sleeping with the enemy. 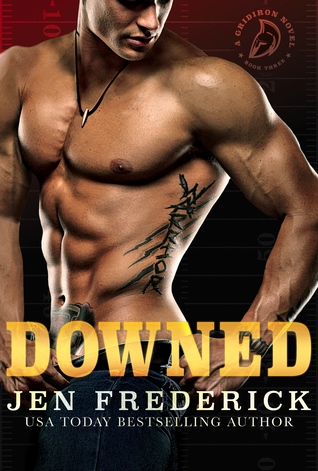