The epic final installment of THE FORBIDDEN ROYALS TRILOGY hits e-readers one month from today. Have you started binge-reading this series yet? There’s never been a better time… 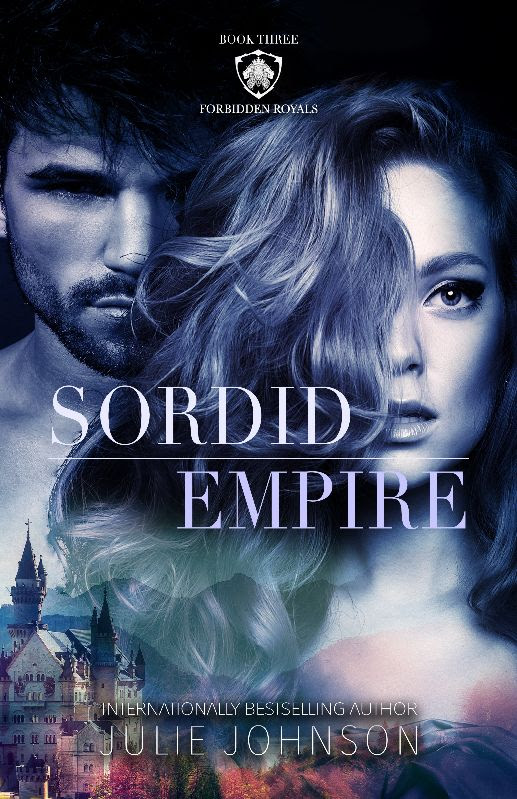 Born the illegitimate daughter of a duke, for twenty years she’s lived as a commoner… despite the regal blood running through her veins. But when the entire royal family is killed in a deadly attack, the line of succession swiftly changes course. With her ailing father appointed king and no legitimate heirs in sight, Emilia is pulled from the shadows and thrust into a destiny she never wanted.

If this were a fairy tale, the palace would be paradise. In reality, with a father she barely knows on the throne, a deadly assassin still on the loose, and enemies around every gilded corridor corner — the callous, captivating Lord Carter Thorne chief among them — it feels more like a prison to Emilia. One filled with unattainable expectations, unfamiliar customs, and undesirable suitors.

They want her to behave like a good little girl.

They want her to put on her glittering crown and keep her mouth shut.

They’re about to be disappointed.

She may have agreed to be their princess…

But she’s no one’s puppet.

DIRTY HALO is a royal romance about an ordinary girl who inherits an extraordinary legacy. Filled with forbidden love, murderous plots, and machiavellian intrigue, it is recommended for mature readers only. It is the first book in the FORBIDDEN ROYALS TRILOGY.

Two months ago, Emilia Lancaster was a regular girl with a regular life.

Now, through a cruel twist of fate, she finds herself living in a castle with a crown on her head, the sole heir to the Germanian throne.

Between the charity balls, press events, and royal obligations, Emilia’s days are suddenly full of unfamiliar responsibilities. And with a series of new suitors vying for her attention — not to mention Carter Thorne, the one man she can never have, sleeping one suite away — her nights aren’t much simpler to navigate.

One thing is certain: Emilia’s heart is in undeniable danger. But as enemies of the crown circle ever-closer…

Her life may be in jeopardy as well.

TORRID THRONE is a royal romance about an ordinary girl who inherits an extraordinary legacy. Filled with forbidden love, murderous plots, and machiavellian intrigue, it is recommended for mature readers only. It is the second book in the FORBIDDEN ROYALS TRILOGY.

♛ ABOUT THE AUTHOR ♛