Another release week is here and these four books are on the top of my TBR for the week!

I love Helena Hunting’s stories. Her romances have a signature style that makes them uniquely hers. While this series of standalones has that outlandish humor readers have come to expected from her Pucked series, it is tempered.  Although it is not as extreme it still has the unique heroines, sexy heroes, and steam romantic plot lines, and this one in particular peaked my interest not just in Shacking Up but in the novella, Eye Candy. After that short story, I was absolutely dying for more, and now I will get it.

Amalie Whitfield is the picture of a blushing bride during her wedding reception–but for all the wrong reasons. Instead of proclaiming his undying love, her husband can be heard, by Amalie and their guests, getting off with someone else. She has every reason to freak out, and in a moment of insanity, she throws herself at the first hot-blooded male she sees. But he’s not interested in becoming her revenge screw.

Mortified and desperate to escape the post-wedding drama, Amalie decides to go on her honeymoon alone, only to find the man who rejected her also heading to the same tiny island for work. But this time he isn’t holding back. She should know better than to sleep with someone she knows, but she can’t seem to resist him.

They might agree that what happens on the island should stay on the island, but neither one can deny that their attraction is more than just physical.

Filled with hilariously scandalous situations and enough sexual chemistry to power an airplane from New York City to the South Pacific, Hooking Up is a standalone, laugh-out-loud romantic comedy.

I love the dark and dirty mind of CD Reiss.  Her stories always promise to be complex and well written, and the 1001 Dark Nights series promises to make it more so. This one in particular brings her dirtiness to the office world, adding a forbidden romance element to her romance. It is sure to be action packed from the moment the story starts.

I’m playing it cool, clean, and professional…until I meet Roman Bianchi. He’s not an insecure nerd or an ego-hole like the other kings of Silicon Valley. He’s charming and handsome. He’s fun, funny, and smart.

He’s also in the office across the hall.

Two broken rules waiting to happen.
I can’t lose this job over some guy.
But Roman’s not just some guy. Under that suit and cocky smile, he’s a prince. 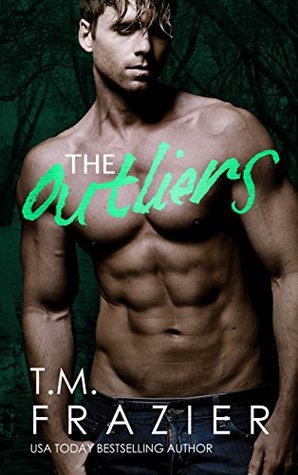 I love T.M. Frazier’s darker romantic worlds, and after the cliff hanger in The Outskirts, I have been dying to see how this is all going to end.  If I know anything about the author, then we are in for one epic ride filled with violence, super sexy romance, and a plot that will have us burning through the pages.  I cannot wait!!!

Book 2 of The Outskirts Duet.

The connection Finn and I had was electric. Instant.
Life-changing for the both of us.

Right after I’d received what I thought was the shock of my life, I quickly realized…it was only the beginning.

As the truth unfolds, Finn and I will have to do everything we can to make sure the lies of the past don’t cost us our future.

Some secrets should stay buried in the swamp…

My introduction to Adriana Locke began with the Landry family, and I not only fell in love with her romances but the family element of the series of standalones.  So, when I found out one of Landry siblings was going to head to a new town filled with the Gibson brothers, who we met in the last book, I about died.  This group of mischievous boys captured my attention in the small parts of the book they were in, and I cannot wait to see more of them a watch them fall in love.