Another release week is here, and these three books have my interest piqued!

I love Emma Chase’s novels, because she takes romance to the pure essence of love and relationships. The Royally series is nothing short of adult contemporary fairy-tales with princes slaying hearts and heroines being strong and fierce.  I cannot speak highly enough of this series and this author. You just have to one-click it.

Logan St. James is a smoldering, sexy beast. Sure, he can be a little broody at times—but Ellie Hammond’s willing to overlook that. Because, have you seen him??

And Ellie’s perky enough for both of them.

For years, she’s had a crush on the intense, protective royal security guard—but she doesn’t think he ever saw her, not really.

To Logan, Ellie was just part of the job—a relative of the royal family he’d sworn to protect. Now, at 22 years old and fresh out of college, she’s determined to put aside her X-rated dreams of pat-downs and pillow talk, and find a real life happily ever after.

The Queen of Wessco encourages Ellie to follow in her sister’s footsteps and settle down with a prince of her own. Or a duke, a marquis…a viscount would also do nicely.

But in the pursuit of a fairy tale ending, Ellie learns that the sweetest crushes can be the hardest to let go.
***
Logan St. James grew up on the wrong side of the tracks, in a family on the wrong side of the law. But these days, he covers his tattoos and scars with a respectable suit. He’s handsome, loyal, brave, skilled with his hands and…other body parts.

Any woman would be proud to bring him home to her family.

But there’s only one woman he wants.

For years he’s watched over her, protected her, held her hair back when she was sick, taught her how to throw a punch, and spot a liar.

He dreams of her. Would lay down his life for her.

Everybody knows the bodyguard rules: Never lose focus, never let them out of your sight, and never, ever fall in love. 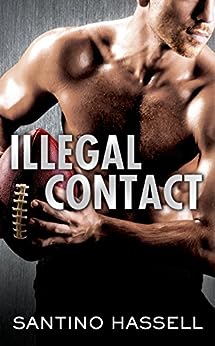 God, I am so excited for this book. It is one of my all time favorite writers, a MM romance, and a sports romance all rolled into one.  It seriously cannot get any better than that.  It is a must read!!

Full review to come on Tuesday! 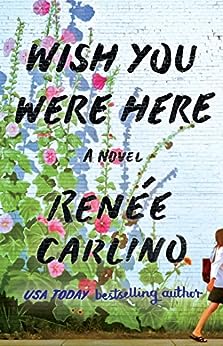 Renee Carlino is just another one of those writers that creates stories of quality.  They are wel-written and beautiful romances. I have loved everything she has ever written, and I am sure to enjoy this one just as much!

Full review to come on Friday!

You know when you’re looking at someone and you can’t help but smile at how oblivious they are to their own charm? That’s what was happening to me, and it was making me feel…happy. Euphoric. Something indescribable. It was like we already knew each other, like we had met in a previous life. Memories that didn’t exist began exploding in my mind like fireworks.

Charlotte has spent her twenties adrift, searching for a spark to jump-start her life and give her a sense of purpose. She’s had as many jobs as she’s had bad relationships, and now she’s feeling especially lost in her less-than-glamorous gig at a pie-and-fry joint in Los Angeles, where the uniforms are bad and the tips are even worse.

Then she collides—literally—with Adam, an intriguing, handsome, and mysterious painter. Their serendipitous meeting on the street turns into a whirlwind one-night stand that has Charlotte feeling enchanted by Adam’s spontaneity and joy for life. There’s promise in both his words and actions, but in the harsh light of morning, Adam’s tune changes, leaving Charlotte to wonder if her notorious bad luck with men is really just her own bad judgment.

Months later, a new relationship with Seth, a charming baseball player, is turning into something more meaningful, but Charlotte’s still having trouble moving past her one enthralling night with Adam. Why? When she searches for answers, she finds the situation with Adam is far more complicated than she ever imagined. Faced with the decision to write a new story with Seth or finish the one started with Adam, Charlotte embarks on a life-altering journey, one that takes her across the world and back again, bringing a lifetime’s worth of pain, joy, and wisdom.