Of the many books being published this week these six books are the ones that I am most excited to read or to share my reviews with you.  Make sure to check back throughout the week in order to see my reviews and other book news.

I love Penelope Ward’s books! They are fun, light, romantic, and entertaining from the opening pages.  Her words provide me a guaranteed escape from the world, and I just can’t resist one-clicking her books. What makes this book a top contender this week is the single dad plot-line. I am sucker for a single dad romance (insert sigh here)!

Full review to come on February 15 during the Blog Tour!

They called him Mack Daddy. No, seriously, his name was Mack. Short for Mackenzie. Thus, the nickname. Perfect, right?

So was he: perfect. The perfect physical male specimen.

At the private school where I taught, Mack Morrison was the only man around in a sea of women.

Everyone wanted a piece of the hot single father of the sweet little boy.

I was riddled with jealousy, because they didn’t know that—to me—he was much more.

They didn’t know about our past.

He’d chosen my school for his son on purpose, because Mack and I, we had unfinished business.

As my friend Lorelai so eloquently put it: “Unfinished business between two people who are clearly attracted to each other is like an eternal case of blue balls.” And I was suffering in pain from my case.

I was still intensely attracted to Mack. I tried to resist him, immersing myself further into a relationship with another man just to protect my heart.

Not to mention, getting involved with a parent was strictly against school rules. But seeing Mack day in and day out was breaking me down.

And soon I might be breaking all the rules.

Sign up to be alerted when it goes live! 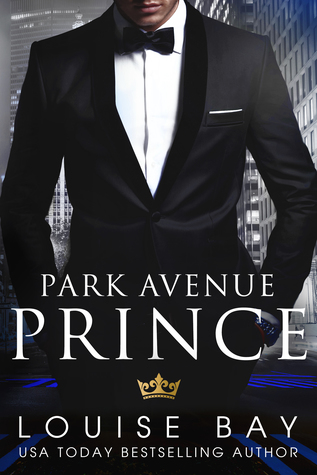 Louise Bay novels bring me so much joy!  Her novels are so seductive and sexy, and I love the often more angsty plot lines that are laced with dirty talking alphas, sassy heroines, and scenes guaranteed to heat you up! She is definitely one of my go-to authors when I am looking for a steamy read! Make sure you check it out!

Full review to coming on February 14, 2017 during the Blog Tour!

THE PRINCE OF PARK AVENUE FINALLY MEETS HIS MATCH IN A FEISTY MANHATTAN PRINCESS.

I’ve made every one of my billions of dollars myself—I’m calculating, astute and the best at what I do. It takes drive and dedication to build what I have. And it leaves no time for love or girlfriends or relationships.

Or so I thought before an impatient, smart-talking, beyond beautiful heiress bursts into my world.

When Grace Astor rolls her eyes at me—I want to hold her against me and show her what she’s been missing.

When she makes a joke at my expense—I want to silence her sassy mouth with my tongue.

And when she leaves straight after we f*ck with barely a goodbye—it makes me want to pin her down and remind her of the three orgasms she just had.

She might be a princess but I’m going to show her who rules in this Park Avenue bedroom.

Releases on all other platforms on Monday, February 13, 2017

Penny Reid and L.H. Cosway are both brilliant writers on their own, so when these two powerhouse authors come together, it is pure magic. Every single book in this series has been absolutely brilliant, and this one is not any different. If you haven’t started the series, don’t worry, they can all be read as standalones. And trust me, you need this series in your life!

Pre-order your copy of The Cad and the Co-ed today!

The Cyberlove series is one of my absolute favorite MM series.  Megan Erickson and Santino Hassell have created a cast of characters who are complex, flawed, and completely lovable. The growth and development of each character, the love that is depicted between each couple, and the writing of these two authors makes this series an absolute must read! I know that this will be a series I will miss terribly whenever they choose to end it, but hopefully that isn’t anytime soon.

Full review to come February 15 during the Blog Tour!

I love this story so much! The characters are incredibly complex and unique, making this new novel unlike the traditional romances. The story line is a tad darker than a traditional romance, and the hero is not anything that you would expect, but I loved the story line she explored and Declan. This is book one in the series, so if you have not had the chance to revel in the beautiful words of A.M. Johnson, this is the perfect place to start.

Full review to come on February 16!

Paige Simon was the only girl Declan ever loved. The only one capable of silencing his voices, the only person to ever have faith in who he was, until the day her faith turned to doubt and destroyed everything they’d made together.

Declan O ’Connell was the only person Paige could be herself with. The only one she could rely on, until the day she was forced to make a choice that would condemn them both.

They’ve had years apart, and second chances don’t belong to the damned. But when you come face to face with your savior, it’s almost impossible to walk away. In order to move beyond the sins of their past, and forever silence the demons in his head, they’ll have to risk it all.

But with love, there are real reasons to be afraid and, sometimes… your salvation is your damnation.

Add Possession to your TBR on Goodreads! 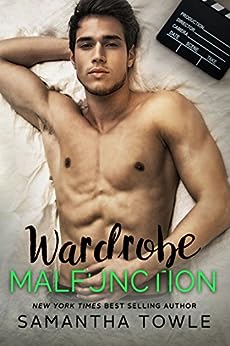 Samantha Towle has become one of my one-click authors over the past two years.  What I love most about her books are that they are all different. There are sport romances, contemporary romances, second chance romances, rock star romances, and so much more.  While each story is different, there are elements of her books that stay the same: phenomenal writing, sexy heroes, and lovable heroines. If you haven’t read her work yet, this would be a great place to start!

Full Review to come on February 18!

Vaughn West, Hollywood heartthrob, has been at the top of his game for years. He thinks he’s untouchable—until a betrayal brings him spiraling down. Now, everyone pities him, and if there’s one thing Vaughn hates, it’s pity.

After a few months of working his way through every available actress, pop star, model, and waitress in California, Vaughn needs to get his life back on track and focus on what he does best—making hit movies.

Charlotte Michaels is in love. Just not with one person.
Louis Vuitton…
Christian Dior…
Valentino…
Gucci…
And the list goes on.

Sadly, Charly’s limited bank account doesn’t allow her those luxuries, and the closest she gets are lucky finds in charity shops and working closely with some of those names in her job as a wardrobe assistant.

Now, Charly has landed the mother of all jobs—working on the new Vaughn West movie. Excited doesn’t even cut it.

Only things don’t go as planned, and it turns out that Vaughn is actually a jerk. A hot jerk, but a jerk nonetheless.

So, why do their clothes keep falling off whenever they’re around each other? And why can’t Charly keep her mind in the closet and off Vaughn?

Getting mixed up with a smart-mouthed, fashion-obsessed wardrobe assistant is the last thing Vaughn needs.

Getting mixed up with an arrogant, self-centered, obnoxious, jumped-up actor who has a lack of respect for fashion is the last thing Charly needs.

Things are about to get hot, dirty, and messy in Hollywood. Very messy. Especially if Charly’s closely guarded secret falls out of her closet.