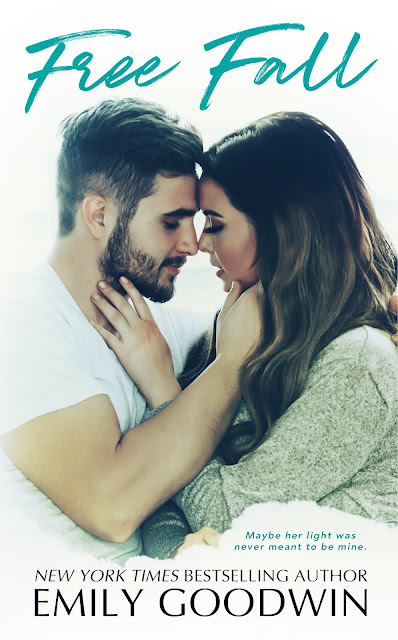 I’ll never forget the first time I saw Nora Fisher. The way my heart sped up in my chest and blood rushed through every part of me. I was drawn to her the moment our eyes met.

Guarded.
Damaged.
Just like me.
I never meant to hurt the only woman I’ve ever loved. She was light, and I was dark, casting shadows on everything around me. Letting her go meant spiraling back into the darkness only Nora could pull me from. But I’d sacrifice myself a thousand times for her.
Four years later, she’s back, and the passion she ignites makes the fight for her stronger. But the more I try to make things right, the more I realize how complicated things have become.
And now I’m starting to see that maybe her light was never meant to be mine. 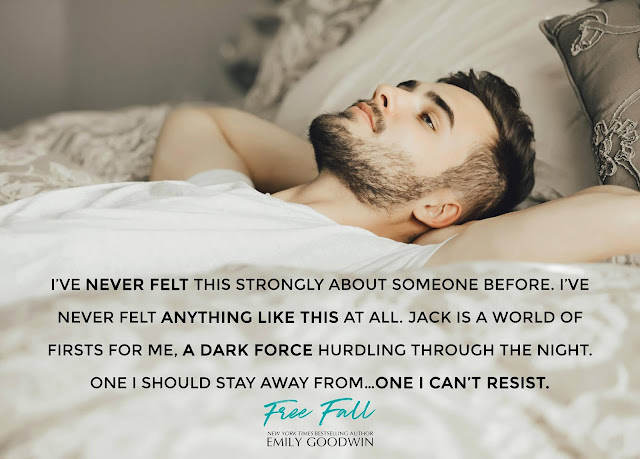 They call me a hero.
But to me, I’ll always be the guy who shot his best friend. Some nights, when the air is still and the house is quiet, I can hear it. The whisper of metal on metal as the hammer is pulled back on the gun. Everything comes rushing back. The way the gun felt heavy in my hand. The pungent smell of blood filling my lungs. My finger slipping as I pulled the trigger, slick from my own blood. And most of all, the way Jason’s blood splattered my face as the bullet hit him.
I tell people I blacked out after that, but I remember it all. The screams. The feeling of panic and remorse and terror all at the same time, ripping my heart into a million bloody pieces. When they ask, I tell them the pain from my own bullet wound intensified and I collapsed. Sometimes, I feel bad for lying. But the truth won’t change anything.

“And how are you feeling today, Jack?” Mr. Levine asks, not looking up from his computer.

“Fine,” I reply in a huff, already eyeballing the clock. It hasn’t even been a minute yet.
“Are you still having nightmares?”
That’s the only kind of dream I have, well, if I sleep at all. “Nope.”
“Good, good.” Mr. Levine stares at his computer during most of our meetings. I assume he’s looking at porn. If he is, it makes these meetings a lot less serious. “And what about school?”
“What about it?”
“How are you doing in your classes? What kind of grades are you getting?”
“Can’t you look that stuff up?”
“Oh, I can,” he says, and I want to roll my eyes and call him out for being lazy. But that puts me at risk for getting another counselor, and I like Mr. Levine for exactly that: he’s lazy and doesn’t probe. Nearly a year of these godforsaken meetings is bad enough. I’d lose my shit if I had to sit in with anyone else. “But I want to hear it from you.”
“I get Bs and Cs. Nothing special but nothing terrible.”
“What about football? You still enjoy that?”
“Yes,” I say honestly. It’s probably the only thing I enjoy. It’s the one place I feel the most free. I can’t run away from my life, but I can run on the field. I can’t push, shove, or block my problems in real life, but I make one hell of a defense, even though I’m the quarterback.
“You’ve gotten quite a few marks for unsportsmanlike conduct already,” Mr. Levine says and lifts his gaze from his computer to me. “And it’s the beginning of the school year.”
I shrug. “Just making up for lost time and feeling extra competitive. Don’t want to break our winning streak. Go Bulldogs.”
“Sounds good.” His eyes are back on his glowing computer screen. “You know I’m here if you need to talk. See you Friday.”
I grab my shit and leave his corner office, emerging into a hall that empties into the main office building of Dale Hollow High School. There are three rooms back here: Mr. Levine’s office, the other counselor, Mrs. Freeman’s office, and the conference room they sit you down in when bad shit happens.
I’ve been in all three more times than I can count.
Between the doors to the two counselors’ offices is an ugly armchair that smells like mothballs. I’ve clocked serious hours parked there, waiting to be seen, or waiting while my parents talked with the principal behind closed doors. Today it has a different occupant, and I slow without meaning to.
Her head is turned down to the book in her lap, and raven hair is covering half her face. Noticing me, she looks up, and I’m taken aback by her beauty. Eyes as green as emeralds stare back at me, and her full lips part. She’s gorgeous.
There’s something familiar in her eyes that I can’t place. She looks to be the same age as my sister, who’s two years younger than me. Yet something about this girl makes me think she has experience, and I don’t mean with sex.
With life.
She knows life is full of bullshit.
There was a time when I’d flash a smile, lean in, and introduce myself. But those days are gone. Her long lashes come together in a blink, making my heart skip a beat and a rush of blood go to my dick. I quickly walk away before she has the chance to say anything. 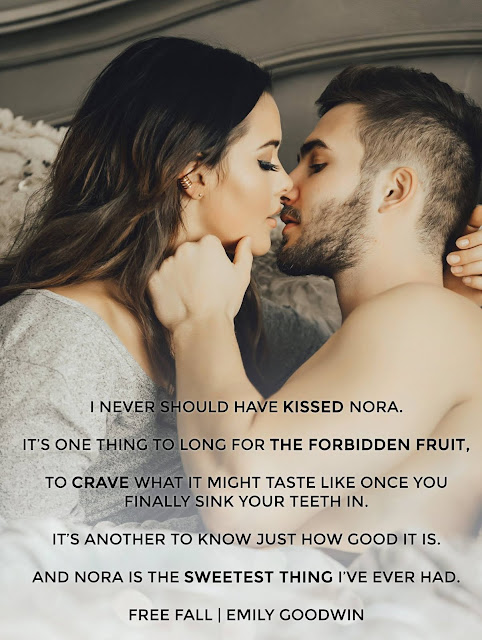 Emily Goodwin is the New York Times and USA Today Bestselling author of over a dozen of romantic titles. Emily writes the kind of books she likes to read, and is a sucker for a swoon-worthy bad boy and happily ever afters.

She lives in the midwest with her husband and two daughters. When she’s not writing, you can find her riding her horses, hiking, reading, or drinking wine with friends.

Emily is represented by Julie Gwinn of the Seymour Agency.