Of the many books being published this week these four books are the ones that I am most excited to read or to share my reviews with you.

Kendall Ryan is one of my go-to writers.  Her stories are always fun, entertaining, quick, and so sexy.  The Play Mate is not any different.  What makes this one so different than her others, for me, is that Evie and Smith are my favorite characters, especially Evie.  From the opening pages, I just loved her sass, making me love the whole plot line.

Full review to come on Tuesday during the blog tour.

Smith Hamilton
has it all—he’s smart, good-looking and loaded. But he remembers a time when he had nothing and no one, so he’s not about to mess up, especially with his best friend’s little sister. That means keeping Evie at arm’s length … even though the once pesky little girl is now a buxom bombshell. A sexy blonde who pushes his self-control to the limit the night she crawls into bed with him.

Evie Reed knows she’s blessed—with an exclusive education, a family who loves her, and a new job managing social media for her family’s lingerie company. But she wants more, like a reason to wear the sexy lingerie herself. She has just the man in mind to help with that. She’s crushed on Smith forever. Surely tricking her way into his bed will force him to see her in a new, adult way.

Except that when Evie’s plan leads to disaster, she and Smith must decide—ignore the attraction sizzling between them, or become play mates and risk it all.

Pre-order your copy of The Play Mate today! 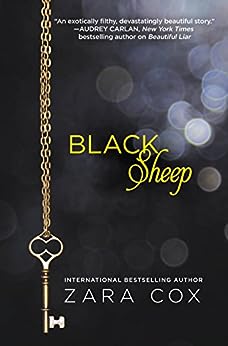 In a family of cold-hearted black sheep, I, Axel Rutherford, am the blackest.

My father has hated me since the day I was born. The feeling was mutual. In the shady underworld that was my legacy, Cleo McCarthy became my light. She was beautiful, passionate, and my whole world. So naturally my father had to destroy us. First he sent me away. Next he claimed Cleo as his own. But now I’ve returned, and nothing will stop me from taking back everything that is rightfully mine.

He was the love of my life – when my life was still my own.

We were young enough to believe we would last forever, Axel and I. But neither of us realized how cruel life – and our families – could be. Now I’m trapped in a gilded cage: desired by Axel, who must never know the full truth, and controlled by his father, who would sooner see me dead than free. And I wouldn’t even care, except that it’s no longer only my life at stake.

Full review to come on Wednesday during the blog tour.

I knew little of Raphael Amado’s history with my family, but when he turned up on our doorstep demanding restitution, my grandfather quickly conceded.

Six months later, on my eighteenth birthday, Raphael came for me. He took me from my home to his Tuscan estate where from the crumbling chapel to the burnt-down vineyard, to the cellar that haunted him, the past followed him like a shadow. It waited for him, hid behind corners for him, and trapped him at every turn.

As much as Raphael’s cruelty terrified me, his darkness seduced me.
But in the end, it was his tenderness that devastated me.

Sofia came to me like an offering. Like a virgin to be sacrificed at the altar. But truth was, her grandfather betrayed her. I guess we had that in common. He’d fucked me too.

I knew hate. I’d vowed vengeance. This was never supposed to be about anything else.

But in the end, her innocence broke me.
The very thing I would destroy, destroyed me.

Pre-order your copy of Dishonorable today!

This will be another new-to-me author, and I cannot wait for it.  One of the reasons I cannot wait for this is because I am complete sucker for a sports romance, plus a manwhore and the couple has a past.  This hits all of my marks, and that cover sure doesn’t hurt! This is definitely going to be a good read!

Full review to come Saturday during the blog tour.

He rejected her. She loathes him. Now they have to fool everyone and pretend they actually like each other.

Tanner Harris has been busy shagging his way through the ladies of east London, but getting caught by the paparazzi buck-naked with his trouser snake in his hands means he’s sowed his last wild oat.

Dr. Belle Ryan once thought Tanner Harris was the perfect kind of bearded bad boy she needed to relieve a bit of stress after her intense job as a surgical fellow, but an icy cold rejection from London’s sluttiest footballer puts the two at each other’s throats.

Fate and a favour conspire to put Tanner and Belle back in each other’s paths and they’re forced to do a lot more than get along to save face and their careers.

Rage turns to passion and tempers run sizzling hot when they realise they aren’t just falling for each other—they’re jumping head first. And neither have the endurance to keep their hands to themselves.