Of hundreds of books being published this week these six books are the ones that I am most excited to read or to share my reviews with you.  With the number of releases there are some books that are getting, again, the honorable mention: The Only One by Lauren Blakely, Whispers and the Roars by K. Webster, Gravity by Lillian Bryant, and Wound Tight by Tessa Bailey.  These books are also sitting on my Kindle waiting for me to dive in, and I’m so excited for these four books, too.

Make sure to check back throughout the week in order to see my reviews and other book news, and head over to my Facebook page for your chance to win an e-book copy of one of the many new releases being published this week! Also, don’t forget to comment on any post throughout the week in order to enter to win any eBook from your own TBR ($5.99 Limit). Each comment is an entry, so make sure to comment multiple times. 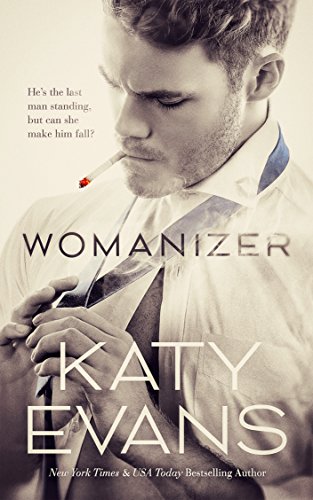 Katy Evans is one of my favorite authors, but I have a special place for the Manwhore series, as it is the first series I ever read by her.  All of these men, Malcom, Tahoe, and Callan, have owned my heart.  Their complex and vulnerable, yet strong.  They love fiercely are they ever swoon-freaking-worthy I honestly cannot wait to see Callan, the final manwhore, to take the fall.

Full Review to be posted durig the blog tour on December 7!

I have never hidden my love of all things J. Daniels.  Her dominant alpha heroes make me weak in the knees, I want to be best friends with all of her sassy and independent heroines, and the story lines are always engaging.  I am not sure she can write a bad novel, and with Hit the Spot, J. Daniels has hit the mark again! With the banter and sexual energy between Jamie and Tori and the will they, won’t they plot line, Hit the Spot is sure to be another smash hit for this incredibly talented author.

Is this love or just a game?

Tori Rivera thinks Jamie McCade is rude, arrogant, and worst of all . . . the sexiest man she’s ever laid eyes on. His reputation as a player is almost as legendary as his surfing skills. No matter how her body heats up when he’s around, she’s determined not to be another meaningless hookup.

Jamie McCade always gets what he wants. The sickest wave. The hottest women. And Tori, with her long legs and smart mouth, is definitely the hottest one. He knows Tori wants him-hell, most women do-but she won’t admit it. After months of chasing and one unforgettable kiss, it’s time for Jamie to raise the stakes.

Jamie promises that soon Tori won’t just want him in her bed, she’ll be begging for it-and he might be right. Somehow he’s found the spot in her heart that makes her open up like never before. But with all she knows about his past, can she really trust what’s happening between them? Is Jamie playing for keeps or just playing to win?

This book can be read as a stand-alone. 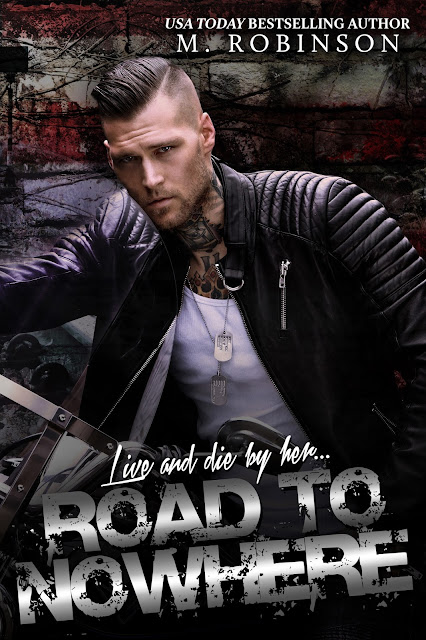 This is my second book by M. Robinson, and I’m not going to lie.  After reading El Diablo my expectations are through the roof.  Her plot was so complex, her character so developed and underwent such a transformation, and she brought the heat and chemistry, so I absolutely expect more of the same from Road to Nowhere.  If the excerpts she has released are any indications, her new book is certainly going to live up to the standard she has established.

I once read that every warrior hoped an honorable death would find him. I always went looking for mine, but not even the Reaper wanted me.

I fought for my brothers.

I fought for my family.

I fought for my country.

And I fought for her…

I am a huge fan of Carrie Aarons, and I just happened to stumbled upon her books when scrolling through Amazon.  Thank goodness I did!  Whether, angsty romance, sports romance, or, like On Thin Ice, suspenseful romance, Carrie Aarons never fails to entertain and draw me into the world she has created, and I’m sure On Thin Ice will do the same.

Nathan Rush is a small town man who has never dreamed of a bigger life.

Until, that is, the only surviving heiress of America’s richest family lands on his doorstep. Nathan is the groundskeeper at Hollis House, the Valon family’s upstate New York mansion just outside of Harlin Falls, the quiet, sleepy town he was raised in. He’s an honest, hard-working man who wants nothing more than a beer and a hockey game on TV at the end of the night. Except, when the ice princess starts to melt, Nathan pictures his future in a way he never has before.

Camille Valon’s life has taken place in the spotlight.

Until, that is, her parents are murdered in a mysterious Christmas Day fire. Now all she wants is to flee the prying news cameras and slow-moving investigation. She’s an upper crust ice princess who is good at keeping everyone at arm’s length. Grief-stricken and still fearing for her life, Camille arrives at her family’s safe haven estate with secrets and a chip on her shoulder. What she didn’t count on was the kind, ridiculously attractive man who caters to her every need.

As the months go by, and an impending threat grows closer to discovering Camille’s location, the line between employer and employee becomes dangerously blurred. Nathan and Camille could be each other’s saving graces, if only they’d put aside their visions of a perfect life and take the chance fate has put right in front of them.

Add On Thin Ice to your TBR today! 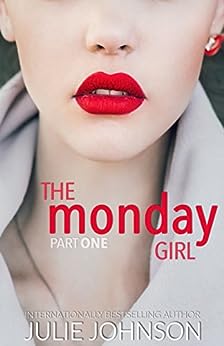 Julie Johnson is another author of mine who I live.  Her stories are always well-written, and she is able to blend suspense and romance.  Additionally, she always seems to surprise me as a reader, so I am very excited to dive into book one of The Girl Duet.

Katharine Firestone is a bit of a mess.

Between an acting career that’s never quite made lift-off to stardom, a pathetic love life of online-dating-app losers, and a maxed-out balance on every one of her credit cards, things can’t get much worse. So, when she’s plucked from relative obscurity to land a lead role in Hollywood’s next big blockbuster, Kat is sure she’s finally on the right track.

Until she meets her co-star, Grayson Dunn… and all her plans are completely derailed.

Grayson is everything you’d expect the hottest actor alive to be — charming, disarming, and cocky as hell. As their characters slowly spiral into love on screen, Kat struggles to keep herself from falling for real. She knows handing Grayson her heart and expecting him not to break it would be the biggest mistake of her life. Yet the deeper she’s immersed in his glamorous world, the more blurred the boundaries between scripted affection and sincere passion become… and the harder it is to deny that their on-camera chemistry has crescendoed into a behind-the-scenes love affair…

What happens when you fall for someone who’s guaranteed to shatter you into pieces? Do you walk away? Or do you let him break you because, even broken, there’s simply no way you can’t stay?

THE MONDAY GIRL is a messy contemporary romance about a mixed up girl who falls for the wrong boy. It is the first part of a duet. The second installment, THE SOMEDAY GIRL, will be released a few weeks later, in early 2017. Each installment is approximately 95,000 words. Recommended for readers ages 17+ due to strong language, sexual situations, drug use, and other mature elements.

Add Monday Girl to your TBR!

This is my first story by Sarah Castille, but I couldn’t stop staring at the cover and, if I’m being honest, I have a thing for mafia romances.  For these reasons, Nico seemed right up my alley, and I am so very excited to enter this world created by Sarah Castille!

Las Vegas Mafia boss Nico Toscani is used to getting what he wants, whether it is having the City of Sin under his rule or a beautiful woman in his bed. But when he meets his match in the gorgeous, headstrong Mia Cordano, the daughter of a rival crime lord, all bets are off . . .

Sexy computer hacker Mia struggles to break free of her ruthless father’s Mafia ties . . . but she can’t resist the powerful and seductive Nico, who will stop at nothing to possess her. With their families locked in a brutal war for control of the city, Mia and Nico enter into a forbidden game. Will they surrender to the passion that burns between them and risk tearing apart their families? Or will Nico be forced to betray the only woman who sets his blood on fire?