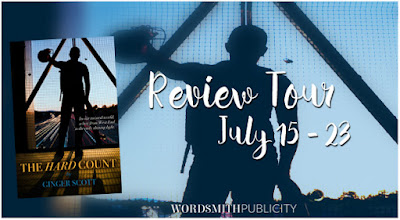 Welcome to THE HARD COUNT review tour with Ginger Scott, hosted by Wordsmith Publicity. Be sure to check out all the participating blogs, reviews and enter the tour giveaway!

I love, love, LOVE this book.  I enjoy YA, but it has been a very long time since I have truly been moved by a YA book.  This book changes all of that!  You know the ache you get in your heart when characters are hurt? Audible sighs when they are sweet? Shaking your head in agreement?  This was me while I was reading this book.  This story, these characters, the themes are just everything!

This story follows Nico, the boy from the wrong side of the tracks, and Reagan, the coach’s daughter, as they try to navigate friendship, love, expectations, responsibilities, and racism.

The characters in this story are so multi-faceted and complex, which really makes them seem real and makes them more relatable.  Reagan, the heroine of The Hard Count, is an interesting character.  She is not overly assertive, is a wall-flower, and is pursuing a career in the arts.  Unlike her football family, she shies away from the spotlight and excels academically.  Ginger Scott uses this character to exhibit the pressure of football on more than just the players.  From her point-of-view, the reader gets to see how her mom is destroyed by the pressure of her social circle in relation to the games and her husband’s success.  The father is weighed down by the pressure of winning and the school board on his back.  Her twin brother Noah is used to show what can happen when the dreams die.  Even though she exposes flaws and in the football system, she also showcases how great football is when all the other politics are removed.   Reagan and her video showcases the comradery of the players and the support and loyalty they have to each other and the program.  It makes me remember why I love football – the Friday night games, traditions, and pep rallies.  Reagan and her family definitely expose the issues in football programs while making the reader nostalgic for those football moments from their own memories.

Without a doubt, Nico is the reason I fell in love with this book!  He is such a great hero!  If I had to identify him in one word it would be good.  He just exudes goodness and encompasses everything hopeful in the world.  He is smart, makes good choices, owns who he is, stands up for what he believes in, and has respect and loyalty.  Like Reagan, his purpose in the novel is to showcase flaws in society, such as the judgment, racism, and prejudices people hide behind, and the flaws and hypocrisy of the scholarship programs in private schools.  The other attribute of Nico that makes me love him is that he doesn’t just spout ideas to make the world a better place, he exemplifies them through his actions and words.  I can honestly say that he is probably one of the most noble characters I have ever encountered in all my years of reading, and it is completely authentic.  Ginger Scott writes him in a way that casts him as a beacon of hope in this story.  So while the ills of society are exposed in the novel through Nico, Ginger Scott’s topics, as developed by the plot and characters, especially Nico and Reagan, is one of hope and change.

This is YA, so there is very little sexual action in the story, which is maybe why I generally don’t love them (insert blush here), but this story is so well written, the characters ae so engaging, and the theme of the book rings so true that I just didn’t care.  I didn’t even miss it!  I just wanted to read more about these people, and I was sad when it ended.  I wanted to stay with Nico and Reagan.  I want to see them in college and their life beyond.  I was just so caught up in these two and their story that I was truly sad to see the book come to an end.  There are, however, some opportunities for more stories, so I am hoping I get to see Nico and Reagan again if and when Ginger Scott opens her genius mind in order to create another fantastic football story (a girl can dream, right?).  If not, I will certainly be returning to this book year after year as the leaves start to change and the Friday night lights turn on.

This is an absolute must read!  Her writing is on point, and the story is fantastic, a mix of sweet, heartbreaking, and poignant. 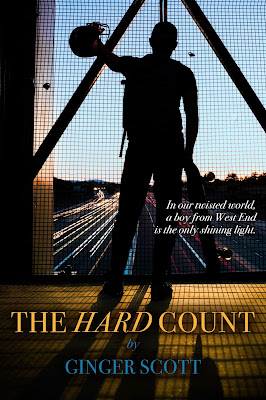 Nico Medina’s world is
eleven miles away from mine. During the day, it’s a place where doors are
open—where homes are lived in, and neighbors love. But when the sun sets, it becomes a place where young boys are afraid, where eyes watch from idling cars that hide in the shadows and wicked smoke flows from pipes.

West End is the kind of place that people survive. It buries them—one at a time, one way or another. And when Nico was a little boy, his mom always told him to run.

My world is the ugly one.

Private school politics and one of the best high school football programs in the country can break even the toughest souls. Our darkness plays out in whispers and rumors, and money and status trump all. I would know—I’ve watched
it kill my family slowly, strangling us for years.

In our twisted world, a boy from West End is the only shining light.

I hated him before I needed him.

I fell for him fast.

I loved him when it was almost too late.

When two ugly worlds collide, even the strongest fall. But my world…it hasn’t met the boy from West End.

Continue reading for teasers, a giveaway entry, and author information. 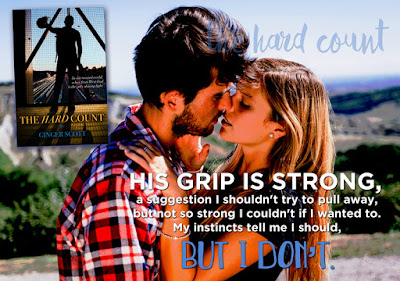 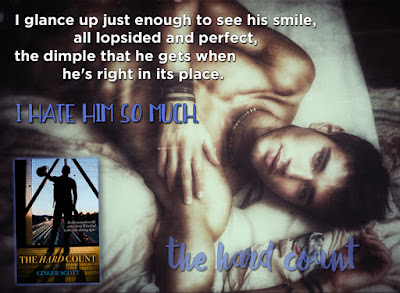 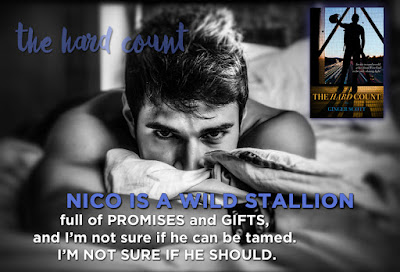 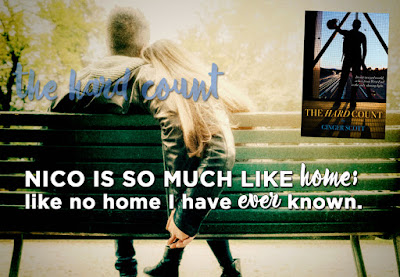 1 signed copy of In Your Dreams, $10 Amazon gift card

Ginger Scott is an
Amazon-bestselling and Goodreads Choice Award-nominated author of several young
and new adult romances, including Waiting on the Sidelines, Going Long, Blindness, How We Deal With Gravity, This Is Falling, You and Everything After, The Girl I Was Before, Wild Reckless, Wicked Restless and In Your Dreams.
A sucker for a good romance, Ginger’s other passion is sports, and she often blends the two in her stories. (She’s also a sucker for a hot quarterback, catcher, pitcher, point guard…the list goes on.) Ginger has been writing and editing for newspapers, magazines and blogs for more than 15 years. She has told the
stories of Olympians, politicians, actors, scientists, cowboys, criminals and towns. For more on her and her work, visit her website at http://www.littlemisswrite.com.
When she’s not writing, the odds are high that she’s somewhere near a baseball diamond, either watching her son field pop flies like Bryce Harper or cheering on her favorite baseball team, the Arizona Diamondbacks. Ginger lives in Arizona and is married to her college sweetheart whom she met at ASU (fork ’em, Devils).
Connect with Ginger
Website:  http://bit.ly/1M8g5bi
Facebook:  http://on.fb.me/1U7lDvQ
Twitter: http://bit.ly/1TBkPPT
Pinterest: http://bit.ly/YHKtlF
YouTube:  http://bit.ly/1RcfgqZ
Google:  http://bit.ly/1Rcfjmt
Goodreads: http://bit.ly/1QKNuyr