Love Dr. Erotica. Love Harlow. Love this romance. It has steamy passion with Max Monroe’s signature humor.  I couldn’t put it down!

Dr. Erotica is perfect. Unlike the previous book, Scott has embraced his tv persona. He owns it, and he has used it to his advantage. What readers will come to realize, though, is that he really does have a pure heart behind all his philandering ways. Readers get to see how great of doctor he is and how good his intentions are for the hospital and his patients. We always get to see this reformed Playboy when he falls into the arms of Harlow, and these are the moments that I fell in love with him.

Harlow, the gossip columnist, meets the good doctor after being injured in a compromising position,  and unlike other girls, she doesn’t fall victim to his charm. She is a complete ball buster, and challenges him verbally every single chance she gets.  She is a strong heroine, who, even though works in a less than moral job, keeps her integrity in tact. She is unwilling to compromise her morals. I also like that she comes to life with Scott, but not in a way that she needs.  She just learns that it isn’t too late, and that she can really do what she wants with the support of the right people.

Of course, the host of secondary characters is really fantastic.  I love the parents and, of course, the cameos from some of my favorite Max Monroe characters. They just also add that extra something to the story.

The chemistry between these two is more than explosive. The chase, the falling in love, the physical and emotional intimacy are all perfect. But what I love the most, what really seals the deal, is how both of these characters behave when the climax of the story hits. It could have been epically awful. They could have reacted in an immature fashion, but their behavior, their words really encapsulate everything they are.

Readers are going to love the story line. I thought once the story began I knew where it would go, and it didn’t. It was fantastic to watch these two go on a journey I never even expected, which genuinely made this story so enjoyable. The falling, the conflict, the resolution are all fantastic, and I loved getting to witness these two finally get their happily ever after. 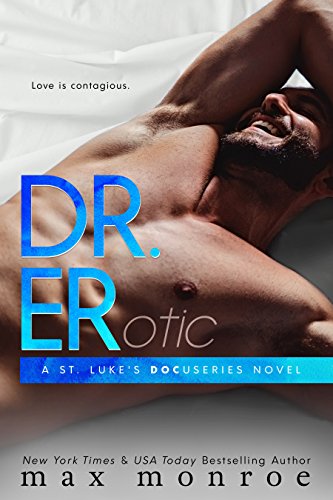 Well, that was my plan.

Until her—feisty, beautiful, and addictively sexy Harlow Paige.
A gossip columnist that just loves writing about yours truly, she’s everything I thought I never wanted and then some.
She drives me crazy.
Problem is, she doesn’t want to be anything when it comes to me—not friends, not lovers, not even adversaries.
God, I love a good challenge.
Get ready, Harlow. Love is contagious.

Get your copy of Dr. Er today!

“Was he the man who was riding when you got injured, Low?” he questioned, and I internally groaned at his ironic choice in words.

The man who was riding? Good Lord, that sounded terrible. And a little too close to the actual scenario…

“No, sir,” Scott answered, and if the strain in his throat was any indication, he was one breath away from losing himself to laughter. “I was, in fact, not doing the riding when your daughter got injured.”

My father looked at me. “If he wasn’t the one riding, then how do you two know each other?”

Fucking fiddlesticks, I needed everyone to stop saying riding before I fainted from discomfort.

Get Book One in the St. Luke Docuseries today! 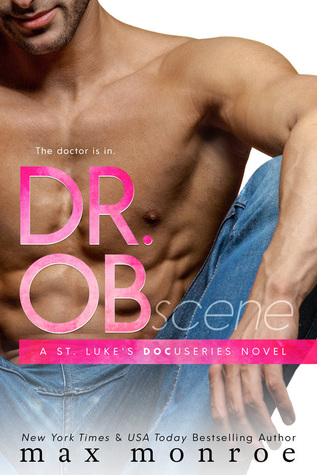 It’s just a docuseries about your career as an OB/GYN,they said.
It won’t interrupt your life during or after filming, they said.
It is a great opportunity for the hospital and your practice, they said.

Get your copy of Dr. OB today!