FROM DARKNESS by Staci Hart, is available NOW!

From Darkness by Staci Hart

From Darkness by Staci Har is my favorite Hearts and Arrows book yet.  Unlike the previous two books, Ms.Hart truly examines the affects of lost love and how it alters us forever, and I found myself moved by not only the story of Josie and Jon but also Artemis and Aphrodite.

As with the previous books, From Darkness focuses on the gods, particularly one of the Olympians against Aphrodite in the game of love. This book in particular focuses on lost love. Jon and Jo were once a couple, but for circumstances beyond their control, they are forced to separate.  Her hatred of him and his love of her make them the perfect chess pieces for Artemis and Aphrodite.  Of the three couples in this series, though, Jon and Jo are the most entertaining, not only because of their romance but also the added suspenseful element as it relates to their profession.

The secondary plot-line, the one that has spanned all three novels focuses on Aphrodite and the fall out from her love of Adonis, her infringement on the relationship of Apollo, and her continuous affair with Ares.  Throughout this nove,l though, Aphrodite gains some serious introspection, and with the help of Artemis, learns some truths about herself and about love.  She begins to make ammends and heal, and for the first time, I really enjoyed Aphrodite as a heroine of the story.

Mythology lovers, From Darkness, the whole series, actually, is for you.  I personally love the way Staci Hart has updated the gods while also staying true to the essence of who they are as well as the allusions to their myths.  It brings together two worlds I absolutely love.

ARC recevied in exchange for an honest review.

I never wanted to leave her. But I had no choice.

I’ve spent the last three years raising my daughter and wishing for things I couldn’t have. When I came back to New York, I thought I could find my way back to her. But that path was lost, grown over and hidden from everyone, especially me.

Her obsession over her best friend’s death is dangerous, and the man she’s after could put her life at stake. She’ll never let it go, not until he’s behind bars or dead.

She just doesn’t realize it might not be him who pays in the end.

And I’ll protect her until my very last breath, whether she wants me or not. 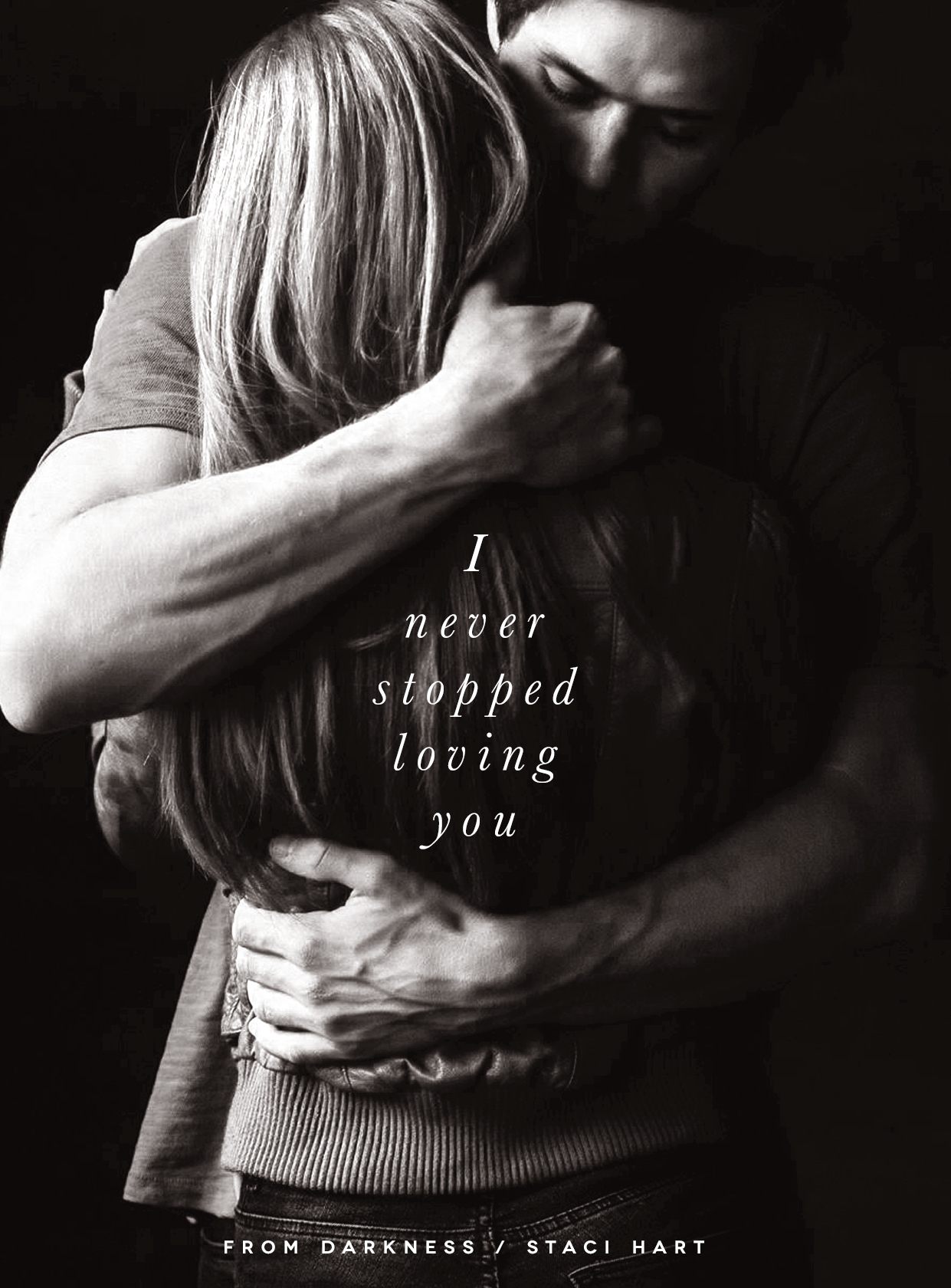 Josie could feel Jon’s eyes on her, and her brow furrowed with discomfort as she put Chester in her back seat. She climbed in and turned the key, and Jon slipped in next to her, smelling like rain and leather and man.

Should have made him sit in the back.

He grabbed her auxiliary cable and held up the end. “You mind?”

“Rude. But fine, go ahead and hijack my radio.”

He plugged his phone in, and trumpets blared in the speakers as “Ring of Fire” began.

She backed out of the parking spot and took off toward the police station. “You are such a southern boy.”

He looked at her like she had nine heads. “Southern or not, who doesn’t like Johnny Cash?”

Chester drunkenly sang along from the back seat.

Jon hitched his thumb at Chester, and a smile crept across his lips. “See?”

Josie’s eyes were on the road, but she found herself smiling despite herself. She snuck a glance over at him just as he looked away. The windows were cracked, and the wind whipped his hair out from behind his ear and across his face. His hand moved to tuck it back in place, and his fingers grazed the bridge of his nose.

She snapped her eyes forward and took a breath that was achingly full of Jon as Johnny sang about the fire that consumes hearts when they are stupid enough to fall in love.

Josie cleared her throat and turned the radio down, though Chester kept singing. They were otherwise silent through the short distance to the station, the quiet accompanied by the occasional glance from Jon, who was clearly entertained by Chester’s enthusiasm.

After they turned the flasher in, they made their way out of the station, neither knowing what to say as they descended the cement stairs.

They stopped for a moment when they reached the sidewalk.

Josie stuck her hands in her jacket pockets, suddenly feeling guilty for her refusal to take him back to his car and for being an ass to him. It wasn’t like he’d planned on crashing her job. She didn’t think at least.

“Listen,” she started, “I can take you back to your car if you want.”

Jon waved her off. “Don’t worry about it, Jo. Really.” He walked backwards with a smile on his face. “I’ll see you around, okay?” he said with a wink before he turned and walked away, whistling his beloved Johnny Cash all the way.

She watched Jon for a little too long before finding her senses and turning for her car, trying to talk herself down like she did every time she saw him.

He hurt you, she told herself.

He left you, she pleaded with her heart.

He chose her, was the only thought that made a dent, and she found her resolve as she drove away.

Aphrodite knows love — just don’t ask her to figure out her own mess.

Rather than deal with her sticky love life, she toys with the hearts of unwitting humans. It’s a little game she plays, and the stakes are high. Lucky for her, she’s just found the perfect match.

Lex is everything Dean needs, but he can’t have her.

It doesn’t matter that her eyes speak to a long forgotten part of him, or that her art and poetry touch his shredded heart. She’s off limits — crossing that line would implode his band and everything he’s ever cared about. There’s only one option: stay away from her, no matter the cost. Even if the price is his heart.

Dean is everything Lex wants, but she can’t take the risk.

The second she meets him, she knows her heart is in danger. She’s convinced it’s only attraction that has her hung up on the dark, quiet lead singer, but with every day that passes, she knows it’s more. It’s just that she can’t put her heart on the line. She won’t — love has never been worth the sacrifice.

If only they knew they were just pawns in a much bigger game. And in the game of love, Aphrodite never loses.

*Formerly titled Deer in Headlights, Paper Fools has been rewritten and reedited just for you.*

Get your copy of Paper Fools today!

Even the gods cannot betray the will of the stars.

It’s been a hundred years since she’s warmed my bed, a hundred years spent waiting for her. Now we’ll compete again in a game that matters little to me. But my prize is far greater than a token to be paid for a favor — I want her.

And for the first time in a very long time, I have the chance to keep her.

Because now the ground has shifted, tilted in my favor, and with her footing unsteady, she will fall.

I will catch her.

Get your copy of Shift today!

Staci has been a lot of things up to this point in her life — a graphic designer, an entrepreneur, a seamstress, a clothing and handbag designer, a waitress. Can’t forget that. She’s also been a mom, with three little girls who are sure to grow up to break a number of hearts. She’s been a wife, though she’s certainly not the cleanest, or the best cook. She’s also super, duper fun at a party, especially if she’s been drinking whiskey.

From roots in Houston to a seven year stint in Southern California, Staci and her family ended up settling somewhere in between and equally north, in Denver. They are new enough that snow is still magical. When she’s not writing, she’s reading, sleeping, gaming, or designing graphics.