Royal Scandal, by Marquita Valentine, follows the exiled children of the Sinclair monarchy as they struggle to uncover the secrets that are hidden regarding their parents and their exile from their country, while the oldest son, Colin, tries to balance fighting for the love of his life and the protection of his family.

The whole royal family is interesting.  Every single story line she has planned for this series has me intrigued based on the characters alone, especially the second epilogue (book 2, please, ASAP). Even though all the siblings are involved in the story, Royal Scandal focuses on Colin and Della. Best friends for 10 years, secretly in love with each other, but both unwilling to take the leap, until they are pushed into it. Once together and feelings have been shared, let the sexy times roll.  That honeymoon is the stuff of dreams, and who would have ever thought Colin was a little rough and dirty underneath that polished royal exterior. The whole relationship was enjoyable to watch, and the love and support between the two is fantastic, a true representation of a good and real relationship.

Royal Scandal has two main plot lines.  Readers will encounter the relationship between Della and Colin, and while I enjoyed it, what really sucked me into the story is the royal secrets and scandal. Each illicit act drew me further in, as well as how each secret that was exposed would affect the Sinclair royals.  Readers will be anxious to see how each of the siblings will react to the secrets that have been exposed, and I just know Ms. Valentine is going to continue to deliver the scandal and outlandish behavior in the next couple of books.

Marquita Valentine’s Royal Scandal is such a fun read. The relationship between Della and Colin is enjoyable, and the the deception and secrets of the royal family kept me entertained from the first pages. After that epilogue, I need book 2 stat! 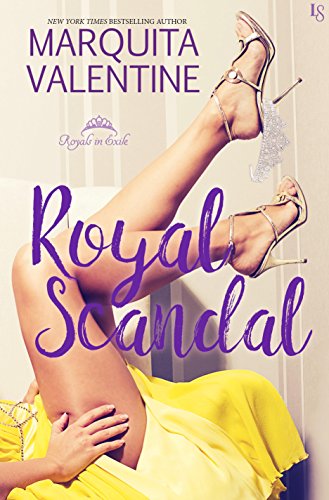 Get your copy of Royal Scandal today!

Marquita Valentine is the New York Times and USA Today Bestselling Author of the Holland Springs and Boys of the South series.

Since first taking the plunge in July of 2012 to self publish, Marquita Valentine has appeared on the Top 100 Bestselling Ebooks Lists on iBooks, Amazon Kindle, and Barnes&Noble. She’s been called “one of the best new voices in romance” (Guilty Pleasures Book Reviews) and her books have been accused of being “a sexy, fun, and slightly addicting contemporary read” (The Book Queen).