Ahh!! Returning to this world has just been everything. The Swedish Prince, The Wild Heir, and now A Nordic King (all stand-alones), top my list of favorite Karina Halle books. The heart behind these characters to the royal romances that are steamy and heartfelt have made them must reads.

King Aksel has been that secondary character in the previous books who has been stoic, but in his book readers get to see the man behind the crown. We learn about the death of his wife, how it affects him, and what motivates him to be so closed off. My heart broke for him, and, yet, it also understood the actions of someone who had been deeply hurt. This incident explains so much of who he is, and yet the story is more about him coming life, releasing his guilt and starting anew. Like most of Karina’s leading men, King Aksel is indeed a dirty Dane with a romantic soul. I am absolutely romanced by this man.

Aurora was an unexpected character. I didn’t expect her to be so challenging. I was full expecting the prim and proper nanny who resisted the forbidden nature of the relationship. I love that she, though, wasn’t and had a past she ran from just like Aksel. Her love for their family and her ability to call him on his issues, especially where his daughters are involved, makes readers respect her. The heroine only gets better as the novel progresses and readers see her evolve into a queen.

Usually, the romance novels centers on the hero and heroine, but Karina Halle gave us a bit more with two adorable princesses, who not only steal your heart but also serve as a catalyst for the relationship between the King and the nanny. And, of course, Snarf Snarf, the adorable teacup pig! I love the humor and antics he brings to the story.

What usually sells me on a story is when the journey is about more than the romance and the moments in the bedroom, and A Nordic King is about so much more than that. It is about stripping away guilt, owning up mistakes, taking a risk on second chances. The characters journey is one that resonates because all humans are flawed and make errors but that doesn’t mean we are worth less than someone else. We are all worthy family and love and happiness, so seeing these two find that with love is what makes this story a 5 crown read.

This is one of those series that makes me sad when it is all over. These stories have been heart stopping and sexy and entertaining. Every single character, every single moment has been phenomenal, and this will be, without a doubt, a group of novels I will read time and time again 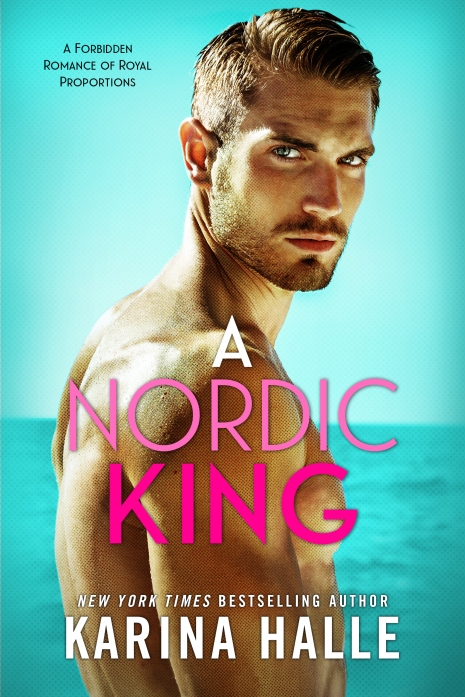 When I first applied for the job I thought it would be like all the others: working as a nanny for an aristocratic family.

Then I got the job and found out how wrong I was.

Now I’m the new nanny for two adorable little girls who happen to be princesses.

Their father is the widowed King of Denmark.

And my new home? The royal palace in Copenhagen.

Adjusting to my new life isn’t easy but the hardest part hasn’t been the girls who still grieve over the loss of their mother.

Cold, mysterious and moody, with an icy stare that seems to penetrate your soul, King Aksel may have hired me to take care of his daughters but he wants as little to do with me as possible.

Yet the longer I share these palace walls with this man, the more that I’m drawn to him. His chiseled face and sexual swagger are only part of the package. It’s in the long, intense glances at the dinner table, the way we’ll brush up against each other in the halls, the rare glimpses of the man deep inside, like the sun passing through clouds.

But no matter how I feel about him, we can never be together.

You think it’s bad enough being in love with your boss?

Try falling in love with a king. 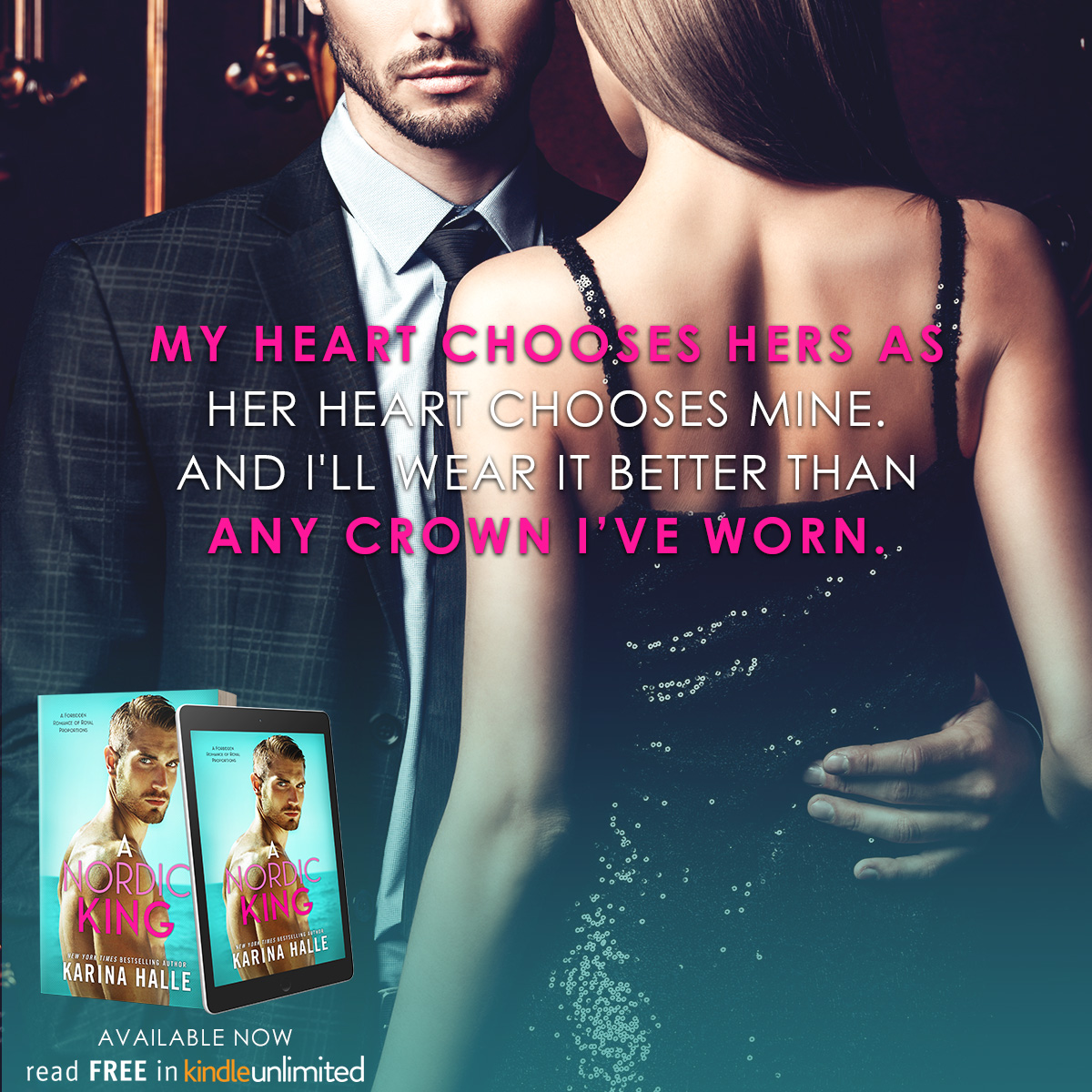 Meet Karina:
Karina Halle is a former travel writer and music journalist and The New York Times, Wall Street Journal and USA Today Bestselling author of The Pact, Love, in English, The Artists Trilogy, Dirty Angels and over 20 other wild and romantic reads. She lives on an island off the coast of British Columbia with her husband and her rescue pup, where she drinks a lot of wine, hikes a lot of trails and devours a lot of books.

Halle is represented by the Root Literary and is both self-published and published by Simon & Schuster and Hachette in North America and in the UK.