The beginning of Resist had me in two minds about whether or not I was going to fully connect with this book. A good proportion of the story is a power play between our leading characters and their stubbornness and back and forth drove me mad at times. It’s a doozy of an enemies to lovers story with Ryker so arrogant and much more of an alphahole than I was anticipating. Vaughn was at times a worthy advisory who didn’t let him get his own way without a fight, until she was left with little or no choice but to acquiesce. A good dose of blackmail will do that!

I really disliked Ryker at the beginning and, for character development purposes, I’m not sure we’re supposed to love him, at least not yet. He’s a commitment phobe and has a very jaded view of marriage and relationships. I’m not exactly sure why. Maybe because of his parents’ unsuccessful marriage, or the one woman he fell for who wasn’t who he thought she was, but whatever it was he now, (in my opinion), seemed to be getting even in some way by only choosing to represent the husbands in their divorce proceedings and not their wives. However, I did began to warm to Ryker as the story progressed and I guess this was due to his change of attitude and his feelings for Vaughn making him want to become a better man. Whilst I appreciated this, it did seem rather an abrupt turn around, but, nevertheless, before I knew it he was working his way into my affections too.

Vaughn was the saving grace for me. Even though some of her actions had me wanting to give her a shake, I found her an interesting and empathetic character. She’s compassionate, strong and driven, working very hard to achieve her goals and create a different life for herself. That life, her past and present, and especially her interactions with her young niece, are described in such detail that I found myself tearing up on occasions. I loved the chemistry between her and Ryker and their surprise as their growing feelings. Falling for each other had not been in the cards for these two.

All in all Resist was a tense read which left me a little confused as to my feelings about it. The writing style is good but I found the story dragged somewhat in parts. The last 25% is where it speeded up for me and grabbed my attention. One heck of a cliffhanger ending has got me very excited and ensured that I am now invested in the outcome of Ryker and Vaughn’s story. 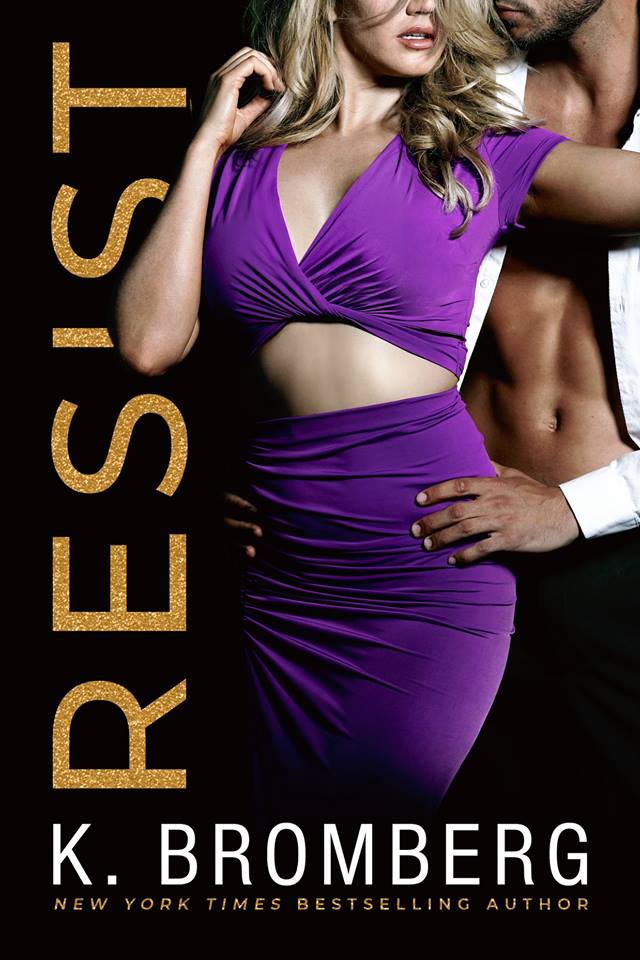 From the New York Times bestselling author of the Drivenseries comes a powerful romance about reaching great heights through low depths.

Who says you have to play by the rules to get what you want?

Agreeing to meet Ryker Lockhart is my first mistake. Rich, handsome, and more than intriguing, he thinks blackmail will bend me to his will.

I may have done a few things that weren’t exactly legal, but I have my own reasons for that. The last thing I’m going to do is let some high-powered divorce attorney come into my life, have my body, and rule my heart. Not to mention ruin everything that I have carefully built in just a short amount of time.

But as much as I try to resist him, and against my better judgment, there is something about him that has me agreeing to his proposal.

I’m putting everything on the line for him. I just hope I won’t lose everything when this is all over.

A Pretty Woman With Power by K. Bromberg

With those two sets of characteristics, Ryker and Vaughn are definitely oil and water one moment and then an ember met with gasoline the next. That dynamic is what made writing them and their story so much fun in my latest book, Resist. Their tale was a delicate dance though because the push and pull of the chase better be worth the reward for readers.

I often enjoy taking characters and painting them with broad strokes (i.e. Vaughn’s profession) so that readers initially question them. Then over the next 100,000 words, I love to smash their preconceived notions so that they root for the heroine. So that they are right beside her cheering her on and falling in love with the hero just like she is.

It’s not often an easy task to write a heroine, because women are often harsher on female characters than they are males. Heroes can be over the top alphas who are dominant and say all the wrong things, but once they show vulnerability, we somehow forgive them. Heroines on the other hand, are judged more fiercely. She’s too weak. She’s too strong. She’s too wishy- washy. She’s being a b*tch for pushing him away. Making a reader like a strong-willed female character isn’t always an easy task. So when you put two characters together who embody all of these things, it’s a delicate balance to have enough push and pull. Enough sexual tension. Enough redeemable qualities so you can love them despite their faults.

This challenge is one of the reasons I loved writing Resist (and its sequel Reveal). I don’t quite remember where the storyline came from, but I recall the furious scribbling on paper as Ryker and Vaughn’s story came to life in my imagination. Take a strong-willed woman with a risqué job and give her a real reason to need that job. Take a domineering divorce attorney who deals with love gone wrong day-in and day-out, and force him to see that there can be more than just sex between a man and a woman. That love is, in fact, possible.

Is Resist a subtle nod to the Pretty Woman trope? I never really thought of it that way, but I can see the similarities being drawn. Vaughn (my character) and Vivian (movie character) have names that both start with the letter V. They both wear a red dress in a scene. The both work in fields that deal with selling sex for profit . . . but that’s where the comparisons stop.

Vaughn Sanders is a force to be reckoned with. Sure, she’s a madam, but once you get beneath the moniker, readers find a strong-willed woman taking measures into her own hands for the benefit of someone else. Readers will find a woman with a strong backbone and a take no prisoners attitude. A woman they can’t wait to see succeed. Sure, we throw in our hero–Ryker, a senator you know is dirty somehow, an adorable niece, and whole cast of other characters and situations and we’re left trying to figure out how it’s all going to play out . . . but the one thing we know for sure, is that we want Ryker and Vaughn to end up together.

Because hopefully when you finish Resist, like Ryker and Vaughn, you start to believe true love does in fact exist.

The lobby is elegant, with its large chandeliers, but they’re kept dim so as to allow each of its patrons some privacy. Almost as if they know I’m trying to hide some from the rest of the room for a bit. Soft classical music flows from the overhead speakers as people mill about in evening wear. There are hugs given among people, and laughs echo off the walls and marble floors.

I stand in the corner, surveying the crowd as nerves I don’t want to admit to run a riotous act within, and my mind tries to grapple for the nth time with what I’m about to do.

Just like that, my breath catches when Ryker Lockhart waltzes into the lobby. I’m rarely affected by a man—sure, I can say one is handsome or sexy or gorgeous, but rarely does a man really catch my eye.

But there he is . . . standing in the middle of the lobby, surveying everyone around him, making my pulse race.

This is a bad idea.

He’s tall, his shoulders are broad, and there’s an air about him that screams authority while a magnetism about him makes people look his way.

And he hasn’t even spoken a word to anyone yet.

Such a bad idea.

He’s in a well-tailored tuxedo, everything black save for the crisp white dress shirt beneath it. His hair is styled, and an expensive watch glints at his wrist when he holds it up to look at the time.

Of course, that’s my cue that I’m not there exactly on time, but I give him a few more seconds to make him wait.

It’s all about power, even when I’m in a different pair of shoes.

With a deep breath, I walk toward him, shoulders square, head high, and remind myself that I’m not Vee right now. I can’t act like we’re on an equal playing field.

Since publishing her first book on a whim in 2013, Bromberg has sold over 1.5 million copies of her books across eighteen different countries and has repeatedly landed on the bestseller lists for the New York Times, USA Today, and Wall Street Journal. Her Driven trilogy (Driven, Fueled, and Crashed) is currently being adapted for film by the streaming platform Passionflix, with Driven available now.

You can find out more about this mom of three on any of her social media accounts. The easiest way to stay up to date is to sign up for her newsletter (http://bit.ly/254MWtI) or text “KBromberg” to 77948 to receive text alerts when a new book is released.