Callie Hart is amazing at writing books which are not your typical romance and this story is so mysterious and intriguing from the start. I love plots that are a little different, that don’t follow the norm, and Roma King ticked all the boxes for me.

I love hardworking Zara. An ordinary woman caught up in extraordinary circumstances, an amazing and baffling set of coincidences slowly turning her world upside down. Pasha is one gloriously sexy man, a fearless fighter and artist, who wears his bruises and tattoos with pride. I sense we have only scraped the surface of his personality and I’m eager to discover more about him. I absolutely love the otherworldly feel to the story, the suggestion that, despite never having clapped eyes on each other before, he and Zara are meant to be. Two souls, connected on a spiritual plain, drawn to one another by some inexplicable mystical force. The exploration of the Roma culture and lifestyle is fascinating and I hope we get to see more of that secretive world.

There’s a motley crew of supporting characters who I’m hugely curious about. I’d be thrilled to learn there was more to this strange, but seemingly unassuming lot than meets the eye.

Roma King is book one of the Roma Royals duet and it’s sexy and complex and thrilling. After the bombshell Ms Hart drops on us at the end, it would appear that our couple are set on a collision course. I’m keeping everything crossed that they, and we, are able to survive the impact.

Between the hours of six and two, she is the answer to a thousand cries for help. But when the payphone outside Zara’s apartment building mysteriously begins ringing night after night, the very last thing she wants to do is pick it up. And yet, she can’t seem to help herself…

Pasha Rivin’s trying to outrun fate. He’s been running from it for years now, but escape isn’t in his cards. As the oldest son of the oldest Roma family in the country, he’s not just a member of a proud and fiercely traditional clan. He is their reluctant king…and now he’s expected to find a wife.

The fiery redhead that shows up on his doorstep, following a trail of breadcrumbs, hunting for a missing little boy, is the last person Pasha’s mother has in mind, however.

She’s an outsider, an intruder, and as far as his family are concerned, she’s not welcome on their land, let alone in their king’s bed.

Pasha has never allowed his destiny to stand in the way of what he wants, however. And he’s never wanted anything more than he wants the girl with the burning green eyes.

Zara Llewelyn picked up the phone and learned a secret.

Falling in love has never been so dangerous… 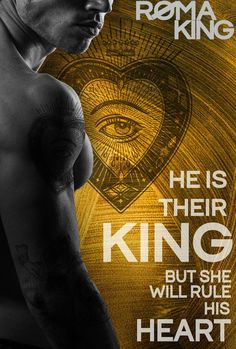 Callie Hart is a USA TODAY bestselling author of contemporary and dark romance. Her Blood & Roses Series is currenly being translated into multiple languages all over the world. Having spent the last seven years living in Australia, Callie now calls Los Angeles home, where she enjoys hiking, spending time at the beach, daily hot yoga classes, and generally pretending to be a hipster.

Under her legal name, Frankie Rose, Callie writes young adult fiction that has been globally recognized, and has received numerous awards for her ‘Halo’ series.