Is it possible to love three brothers? Heck yes! Kendall Ryan has already made me fall head over heels with the domineering and often abrasive Gavin during the previous Forbidden Desire duet, and with Torrid Little Affair, my heart was been seduced by the charm and heart of Cooper.

I couldn’t wait to get my hands on Cooper’s story, as my heart absolutely broke for him and the outcome of his part in the previous two books in the series. He was so sweet and supportive that I wanted, no needed, to see this man find someone who loves him, who makes him feel like he matters, and who chooses him over all others. His charm and supportive persona only continues in Torrid Little Affair, and unlike his brother who seduces with his dominate personality, Cooper woos readers and the heroine with his compassion and selflessness. I absolutely love every single aspect of his character, which had me empathizing with him the whole way through the book, making me heart feel the full gamut of emotions.

Corinne is hesitant and unsure of many things in her life, and the reader is left wondering why this woman is shy in the bedroom, while really desiring the ability to embrace her sexuality. There is a secret behind her behavior, her shame, and her hesitancy when it comes to Cooper, which isn’t revealed until much later in the book. Her secret is one that slowly becomes clear, but the author keeps the secret, only revealing it closer to the very end. The revelation is painful, her behavior is understandable, and the readers are left reeling just like the characters. At the end, Corinne becomes a heroine who readers can respect, even if they are frustrated with her choices.

This story, while in the Forbidden Desire series, has a very different tone than the first two books, which focuses on Gavin and Emma. It starts out HOT, but Kendall Ryan quickly slows down the insta-lust to focus on developing Cooper and Corinne as a couple. Watching these two get to know one another, fall for each other, and tackle the ups and downs of life allows readers to be swept up in the romance, making their downs hurt and their ups rewarding.

For very different reasons, I love these brothers, and I have no doubt that Kendall Ryan will be successful in making me fall in love with the oldest brother Gavin when his book releases in the new year. I certainly am looking forward to it. 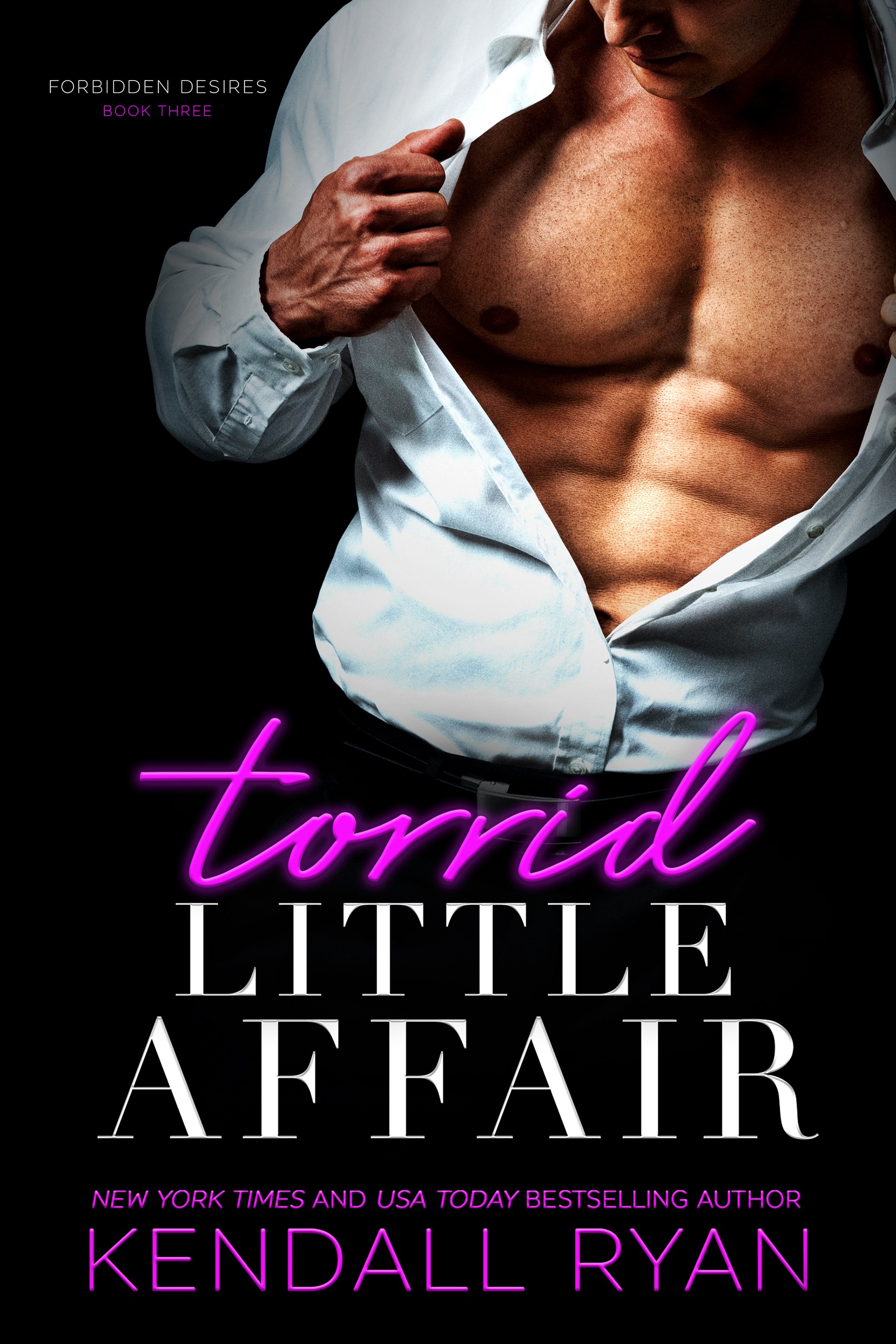 The best way to get over someone is to get under someone else. And I have the perfect candidate all picked out.

My new assistant is tempting beyond belief with her curvy body and take-no-shit attitude. All those luscious curves, and a juicy ass I’m already in love with. God, the things that I would do to that ass…

But it’s the haunted look in her eyes that speaks to me. Like she’s taken just as much shit in her past as I have—maybe more. We both deserve a little fun.

Love can’t fix everything. Mind-blowing sex and a few killer orgasms, on the other hand?

I have a feeling those might do the trick.

Get your copy of Torrid Little Affair today!