4 She prefers the drummer Crowns

Tessa Lisbon has had a crush on Presley West from the time they were at high school together but a four year age gap, he being the elder, ensured she was most certainly not on Presley’s radar.

Fast forward several years and we find Tessa working in a bar, still infatuated with the unattainable boy who has now grown up to be a successful drummer in an up and coming British rock band. I felt her dismay, not to mention her jealousy, when she had to watch as Presley paraded a new woman in front of her each week, seemingly unaware of her attraction to him. Tessa, however, is no shrinking violet, she’s confident, with a great personality, and her witty one liners and clever comebacks had me laughing out loud.

I found Presley to be quite a complicated character, and I got a somewhat lonely vibe from him. The relationship between him and Tess was often frustrating at times. Quite a rollercoaster, firey and angsty, and not always sweet, but most definitely hot. The chemistry between them was smoking and quite frankly, they couldn’t keep their hands off each other. There are a lot of fantastic sexy times, which this author writes so well and their bedroom, shower, balcony, shenanigans are sure to get you hot under the collar.

There’s a great cast of well developed supporting characters, each with their own unique personalities, both good and bad, and I can’t help but hope they start shouting at this author to write their stories too.

This is a different type of rockstar romance than you might expect. It focuses mainly on the push and pull between Tess and Presley. Their lives were not always a bed of roses but Ms. James’s writing skills brought these wonderful characters, their feelings, thoughts and dilemmas to life. All in all a very enjoyable read. Synopsis:
Bon Jovi.
Bryan Adams.
Presley West.
My favourite men of music.
Only one of them within reach.The night before Presley West was due to leave our small town of Hollings Hill, all of my high school fantasies came to life. He finally wanted me. Eight years I’d spent pining, and now I, bar-tending Tessa Lisbon, was going to make damn sure I made that night count before the music industry stole him.Never screw your idols. That’s what they say, right? Well, I did, and I did it well. So well, I somehow managed to screw my own heart in the process.

He gave me one night to convince him to stay. In the end, I begged him to go.

But that’s the thing about rock stars: they do what they want, when they want, and forever didn’t end up being as long as I expected.

Presley was back, and with his face, voice, and music now everywhere I turned, I officially had nowhere left to run.

ADD TO YOUR TBR 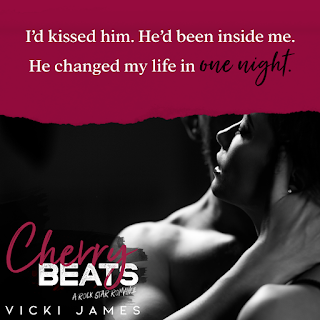 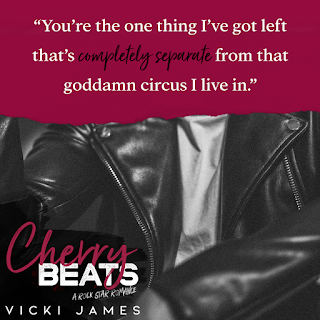 Vicki James is a pseudonym for Victoria L. James, taking her stories from heavy angst to heavy romance and bad boys you can’t help but fall in love with. She is, however, one and the same person so feel free to follow her on any of her platforms, be it Vicki James or Victoria L. James. Most importantly, enjoy the stories she tells, no matter what name she releases under.