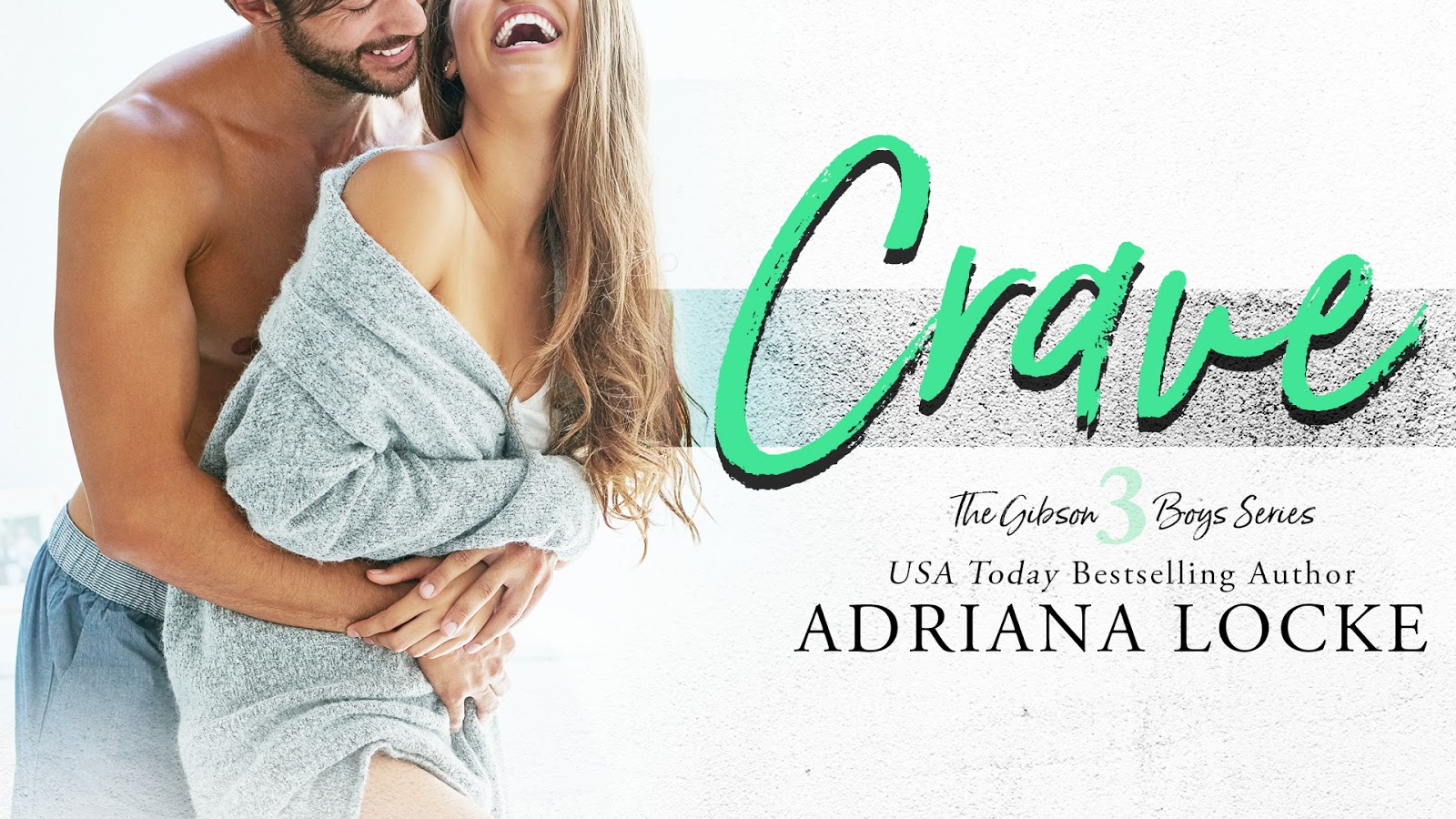 This going to a bit of a abnormal review for me, because I honestly don’t know how to review it. There are aspects that I loved, but there are parts that took me out of the story, so I’m going to review parts.

The characters – 4/5 I absolutely adored these characters. I didn’t expect the self loathing of Machlan. It was an interesting aspect to his character, which explained a lot of what motivates him. I enjoyed Hadley’s tenacity. I wish the evolution of their characters would have been a bit quicker and not so back and forth, but where these two end up are magical.

Chemistry – 4/5 I love these two together. I like the push and the pull, although it got to be a bit too much as the story progressed. I love when they finally connect and explosion that ensues. I very much enjoyed Mach’s dirty mouth as well as the romantic one. I wanted more of his dirty mouth and ultimately more romance

Story – 5/5 There are aspects of their story that for spoiler reasons will not be mentioned, but it really brought a lot to the their history and the conflict keeping these two from being together. It explains character motivation and creates reader sympathy, but it also creates respect for these two for how unselfish they are. It also shines a light on the everlasting struggles endured by people like Mach and Hadley.

Pacing – 2/5 This is where the story kind of falters a bit for me. The secret that has been keeping them a part is a bit too drawn out for me. I found myself losing interest, which is unfortunate because it is a great reason, and Adriana Locke depicts the lasting struggle perfectly. The happy before the eventual fallout was too short. Readers wait so long for these two to come back together, and it is magical when they do. Then, bam, it is over, and I was just left feeling bereft. I didn’t get time to revel in their happiness for at least a couple chapters. I just needed some reprieve from the angst and the back and forth and the hurt.

I overall enjoyed the story. Adriana Locke’s writing is beautiful as always. The Gibson boys are my favorites with their antics and sense of family with all the secondary characters. This series is the pure essence of small town romance.

I have to admit when I first started reading Crave, I was a little confused. I wasn’t sure if I was supposed to know why Machlan and Hadley weren’t together and thought I may have missed something. Not the case. The why was part of the mystery, which gradually revealed itself over the course of the book. It did take a while to figure out. I loved Machlan with his growly, alpha personality. I felt his pain, his longing for Hadley and his confusion. His indecisiveness made for one heck of a rollercoaster ride. He would push her away one minute, then be unable to deny himself the next.

Well written, the sexual tension jumps from the pages and hits you in the heart but the angst is almost too much to bear at times. Machlan’s stubbornness and overthinking was frustrating and I just wanted to shake him. This back and forth part of the story did drag for me and there was just too much of it for my personal taste. I would also really have liked to know how old they each were and I found not knowing was strangely distracting.

Hadley was a hugely likeable character in my eyes. Some may feel she was too weak, too much of a pushover but I just saw her as a young woman in love and I had great sympathy for her. She knew what she wanted and continued to put her heart on the line. However, everyone has a breaking point and I wondered just how long she would continue to fight.

I particularly enjoyed the last third of the book. There was plenty of interaction with and from a great cast of really great supporting characters. I haven’t had grandparents in my life for many years but if I had, I would love to have someone like Nana. Overall, even though there was a little too much angst for me, Crave is a good read, well written and fans of this interconnected series I’m sure will not be disappointed.

Hadley Jacobs is over Machlan Gibson.

Sure, she’ll always be a little weak to the dimple in his right cheek and the way his five o’clock shadow makes him ruggedly handsome. But that’s not enough to cover every other thing about him because they all drive her nuts. Like how he’s won’t admit he’s wrong even when he knows it and how he drives his stupid car a million miles an hour on wet asphalt. As she rolls back into town and takes a seat at Crave, she won’t take the bait. She’s over him. Mostly.

Machlan isn’t over her.

It’s not because he hasn’t tried. He reminds himself over and over that she’s not the girl for him. After all, she drives him insane with her sassy attitude and the way she calls him out on everything. She beats him at poker, even though she doesn’t know the difference between a straight and a flush, and when she looks at him with her bright, blue eyes, it’s unnerving. When she climbs onto that bar stool and orders a drink, he puts it in front of her and ignores the sparkle in her eyes.  He’s not over her, but she won’t know that.

But she does know that. And he knows she’s not as over him as she’s pretending to be. When life forces their hand this time, there’s more on the line than a pile of poker chips. It’s their forever.

Crave is a standalone romance in a new small town, blue-collar series from USA Today bestselling author Adriana Locke. Join readers everywhere as they fall in love with the delicious Gibson Boys.

Get your copy today – Amazon

Get your copy of Crank today!

They’re not quite enemies. Not really friends. More like frustrated balls of sexual tension and neither will give in.

Lance Gibson drives Mariah Malarkey absolutely crazy. He uses her office like a phone booth, takes cupcakes from the corner of her desk like she baked them just for him. She didn’t. Maybe she knew the history teacher happened to love peanut butter icing, but that was purely a coincidence. All sixteen times.

Mariah has a way of getting under Lance’s skin too. She calls him out on his crap, spoils him even if inadvertently, and seeing the librarian in skirts drives him wild. She won’t give in. It’s for the best, really, considering there’s no way he could lie to a woman like that and he’s not about to tell her the truth about himself. Not in a million years.

These two don’t hate each other. They don’t really like each other. But for this to be a friends-to-lovers story, they have to start somewhere, right?

Note: This can be read as a standalone novel.

Will be available in Kindle Unlimited.

Get your copy of Craft today!

Cross Jacobs was a screw-up.

Everyone knew it, especially him, and the point was hammered home when Kallie Welch drove herself right out of his life.

Seeing Cross wasn’t on Kallie’s to-do list. She didn’t think she could avoid him forever but trying never hurt anyone. One minute she’s standing by herself and the next she’s accosted by a rich, velvety scent that could only belong to one man: Cross.

At face value, he’s divine. All rugged and confident with a smile that melts her right where she’s standing. It doesn’t take long to find him to be charming, witty, and the owner of a few legitimate businesses. Not at all like the mischievous boy she left.

He laughs and her heart flutters. With a touch of his hand, she’s dizzy. She’s fairly certain she’s going to die when he pulls her into an embrace and touches his lips to her forehead.

It feels right. It feels so right.

***Cross has been updated from the Team Player Anthology

USA Today Bestselling author Adriana Locke lives and breathes books. After years of slightly obsessive relationships with the flawed bad boys created by other authors, Adriana has created her own.

She resides in the Midwest with her husband, sons, and two dogs. She spends a large amount of time playing with her kids, drinking coffee, and cooking. You can find her outside if the weather’s nice and there’s always a piece of candy in her pocket.

For sneak peeks, giveaways, and more, please join Adriana’s Facebook Group, Books by Adriana Locke, or her Goodreads group, All Locked Up.