Welcome back to Madison, where Hayes and his lady of the night Bianca are going to take you for a ride. Kristy has created a wonderful world full of love, redemption, and forgiveness. Her words seep into your bones becoming a part of you and causing you to fall in love with these broken Marines and the women who bring them to their knees. This series is utterly addicting and every time I finish one, I am anxiously waiting for the next book in the series.

“All you have to do is ask me darlin’. I have no problem bowing to a beautiful woman.”

I was excited for Haye’s story having fallen in love with his funny happy disposition from the go. I knew his story was going to be great and it was going to take a special woman to stop his man whoring way’s. I love his character he brings much needed lightness to the stories. Not to say he doesn’t have demons of his own, but his overall personality is that of the comedian. He is completely incorrigible and utterly charming. Haye’s is completely swoon inducing with the way he cares for Bianca and takes things at her pace. If you didn’t love him before, you most certainly will after you read this.

There’s a fire in her. If loved correctly, she will warm your entire home. If abused, she will burn it down.

Bianca is pure strength she’s been hardened by her life and all that she’s had to endure. But she loves fierce, her mother is her whole world and she will do anything for her. She completely sacrifices herself without a second thought so that she can give all that she can to her. She is smart and determined but has these walls surrounding her so that past mistakes will not make a reappearance. She tries to keep Haye’s at a distance, but he goes and uses that charming personality to make it impossible for her. They are perfect for each other, she’s strong and selfless and he’s patient and kind.

This is sexy slow burn romance that you won’t be able to put down. I love this world so much and the realness that Kristy brings to the pages. She hit’s you with real issues that face our Veterans and it’s absolutely captivating and emotional. Each new book and each new couple have me falling more in love with Kristy’s writing. Don’t wait go out and read this you will not be disappointed. 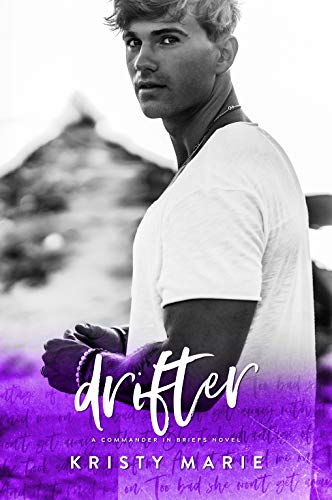