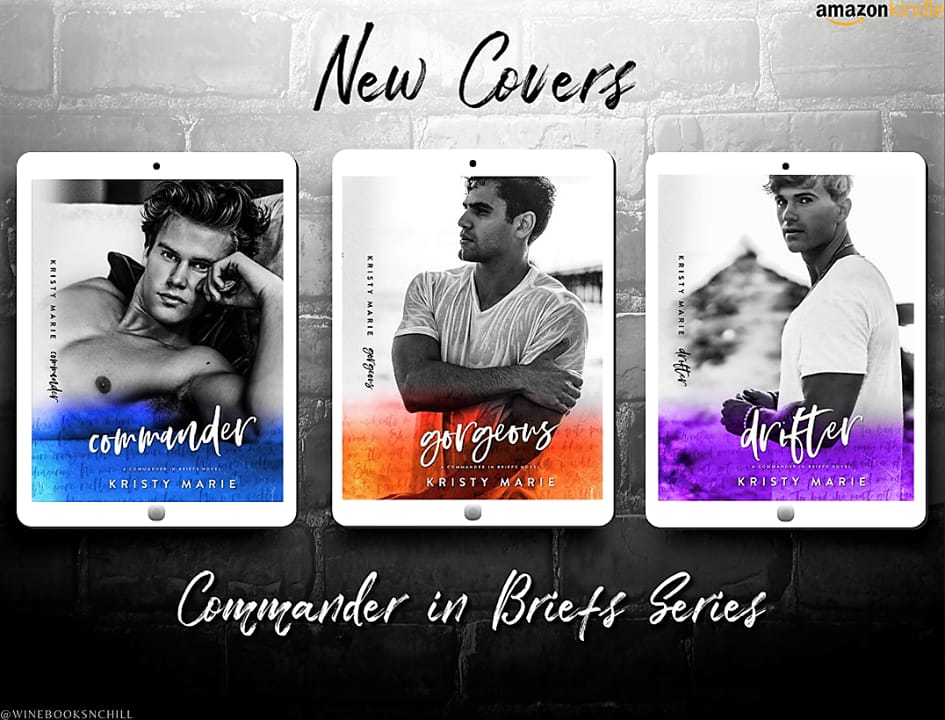 This is the second story in Kristy’s Commander in Briefs series. You don’t have to read book one to enjoy this, but you will get some spoilers. This was a sexy slow burn romance that will tug at your heartstrings while suppling you with all the angst you can handle. This story was so much more than I thought it would be, it’s a story ultimately about forgiveness not just of others but of yourself as well. I loved everything about this story and the emotions that it conjured. Breck and Cade are perfect together their sexual chemistry was through the roof and their banter was hilarious.

For the past few months, instead of my angel, the devil himself appears in the doorway when I wake the house with screams.

My heart physically hurt for Cade. He carries around so much guilt about his past that he can’t fully move past it. Kristy had me aching with the need to reach into the story and just hug the shit out of him. He doesn’t feel worthy of anyone or of being happy. Which is why he pushes Breck away so harshly, he doesn’t think he deserves her. We learn in this story what happened to him while he was serving in the military and my soul shattered for this poor broken man.

Breck was wonderful, she’s this stubbornly strong women who knows what she wants and goes for it. She is perfect for Cade she is the strength he needs to ultimately overcome his demons and move on. She is clever and witty and has a tough demeanor, so she doesn’t get pushed around. Her strength and determination are what help slowly break down the walls that Cade has built since his discharge from the Marines. She is his salvation.

Her taking all of me. Every. Broken. Piece.

Kristy brings to light serious issues regarding veteran’s and their reintegration into civilian society. She wrote Cade with this heartbreaking realness that had me in tears on multiple occasions as he struggled with his demons. Thankfully, she also infused her signature humor throughout to help balance out the heavier emotions. If you haven’t started this series yet do yourself a favor and start it. These stories are phenomenal reads that will pull you in from the first page and hold you captive until the last.

Breck
My name is Brecklyn Brannon, and I’m not who I claim to be.

Cade
I’ve watched her for over a year.

★Get your copy today★