This is the ultimate story of love lost, love found and the power of forgiveness. This story will gut punch you in the feels and leave you gasping for breath. Siobhan has done it again, this book is completely unputdownable. She draws you in from the start and keeps you guessing throughout.
Kalvin was always my second favorite to Kyler because that boy is all the things, but Kalvin certainly gave him a run for his money. Kalvin outwardly is nonchalant he was just going about his life doing his thing breaking hearts. Whoring around and having fun. But unfortunately he broke the wrong heart with Lana. I don’t think he really meant too, he was just young and dumb and made some serious mistakes. I think to him Lana was forever and he just wasn’t ready for that.

Well if you’ve read through Kyler’s trilogy you already know what happens with them so I won’t go into detail but I’ll sum it up by saying she falsely accused him of rape. This made me so mad at Lana seriously furious with her. I liked her up until that. She was a lonely girl living in the servant’s quarters pretty much and loving a boy just out of her reach. Not to mention she was manipulated by Kyler’s ex psycho Addison into doing in the first place. But that doesn’t excuse what she did. She does retract her story and then she disappears from everyone, not answering phone calls anymore and no one knows where she is.

Kalvin follows her to the school that the both dreamed about when they were young and spoke of the future together, just hoping that she still decided to go there. And of course she did because this was a piece of both of them, a part of their story that wasn’t tainted by the accusations. Kalvin starts trying to get to know Lana again, he’s trying to build stability within each other, because yes they made mistakes but he forgives her and wants to be with her.

Lana then drops another bomb on him one that should be unforgivable. I don’t want to spoil it for anyone so I won’t state what it is but it’s huge. And you can’t feel his whole world shatter around him. The layers of sadness are almost too much to bear. But I think this is exactly what needed to happen for both of them to truly move forward together. They needed to hit the absolute rock bottom to know that, yes, this is the person I want to be with no matter what.

This story pulls every emotion out of you until you’re rung dry. It’s a literal emotional wringer. But oh so worth it in the end. You watch these two completely flawed characters break and bend and mold into these people that they should have always been. You get to watch as their childhood love grows into something so much more. You know without a doubt that these two can get through anything. This is truly a beautiful story of acceptance of the person you love and the simple act of forgiveness. 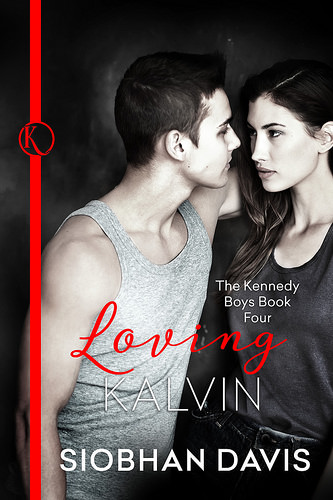 Lana
I knew it would end in disaster, but I didn’t listen to reason. I didn’t care. Because I loved him so much.
Kalvin Kennedy ruled my heart.
Until he destroyed it.
Shattered it so completely that I became someone else. Someone I loathed. Someone who repeatedly lied to her loved ones.
So, I ran.
From him. From myself. Desperate to hide my new reality.
But I could only run so far.
When he reappears in my life, I’m terrified. Unbelievably scared of facing the consequences of my actions.
Never mind that I still love him and want him so badly—there’s too much at stake now.
How can I trust him with the biggest secret of all when he’s likely to rip my world apart again?

Kalvin
Lana was always far too good for me. Everyone knew it but her.
I tried to stay away, but I was weak.
And I hurt her.
Crushed her until she barely resembled herself. Forced her to follow a path she would never have willingly chosen.
And then she was gone.
And my world has never felt as empty, as lonely.
She begged me to stay away. Not to find her. To forget she ever existed.
But that’s like asking me to slice my heart in two and toss half aside.
I’ve never believed in fate, but when I rock up to the University of Florida, I’m ready to eat my words.
Because she’s here. Like I hoped she would be. And I’m determined to prove I deserve a second chance.

A friends-to-lovers second-chance romance from USA Today bestseller Siobhan Davis. Standalone with HEA and no cliffhanger.

USA Today bestselling author Siobhan Davis writes emotionally intense young adult and new adult fiction with swoon-worthy romance, complex characters, and tons of unexpected plot twists and turns that will have you flipping the pages beyond bedtime! She is the author of the international bestselling True Calling, Saven, and Kennedy Boys series.

Siobhan’s family will tell you she’s a little bit obsessive when it comes to reading and writing, and they aren’t wrong. She can rarely be found without her trusty Kindle, a paperback book, or her laptop somewhere close at hand.

Prior to becoming a full-time writer, Siobhan forged a successful corporate career in human resource management.

She resides in the Garden County of Ireland with her husband and two sons.

Join the author’s mailing list to receive free books: http://eepurl.com/bv8gKz (just copy and paste this link into your browser).