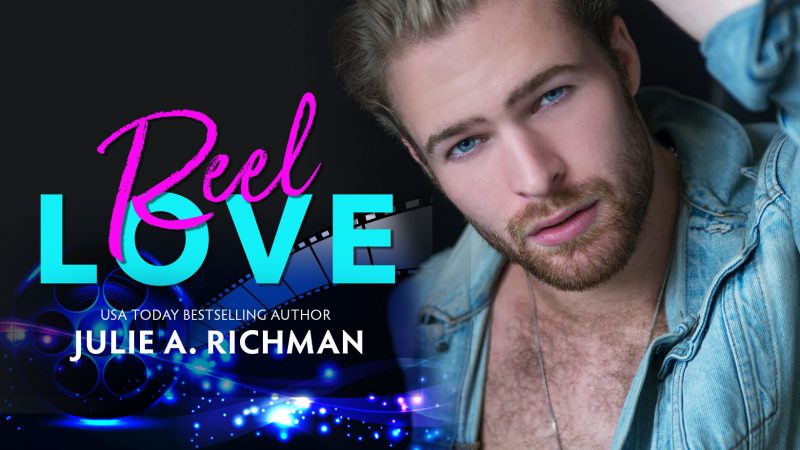 Reel Love was such a fun read for me. Sweet, heartwarming, not to mention sexy, I found this twist on the usual Hollywood romance hugely engaging.

I loved Frankie from the beginning. She went from struggling writer to international best seller, with a movie of her novel in the making, all without letting her new found fame go to her head. Despite everyone catering to her every whim, she was still the real, down to earth Texas girl who has her cowboy booted feet set firmly on the ground. Naive when it came to the politics of the movie industry, nevertheless she’s feisty and determined and I really liked that about her. For me, she was a hugely likeable character all round.

I thought the two “leading” men were really interesting characters. These two had me questioning their motives on more than one occasion and I loved the feeling of unpredictability that provided. Just when I thought the story would go one way, Ms Richman threw in a curve ball which had me having second and even third thoughts.

Told from both Frankie and Finn’s points of view, I loved getting an insight into their internal deliberations and struggles. I have to say that during the course of the story, even getting inside his head, I was still unsure as to Finn’s intentions. Was his attraction simply lust, love or a means to an end?

A fairly quick read, I couldn’t put it down and devoured it in one sitting. Wonderfully entertaining and very well written Reel Love is a delightful romance, with an engaging storyline and interesting, multi layered characters, all rounded off with a perfect epilogue. 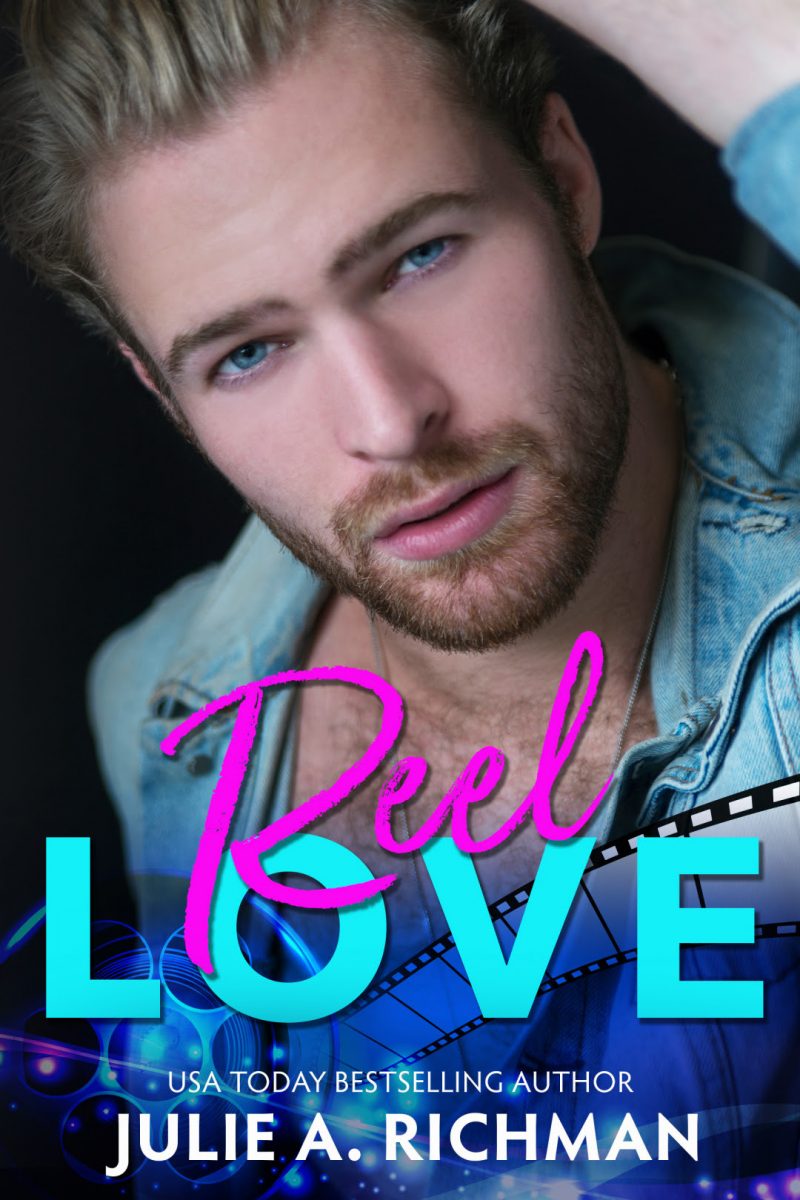 Is it Reel Love or Real Love?

The moment I laid eyes on Finn Parker’s headshot, I knew that if this guy could act, I wanted him for the hero role in the film being made from my book, Fleeing an August Moon.

The tall, blond, and ruggedly handsome actor looked exactly like the picture I’d seen in my head the entire time I was writing the book.

The studio, however, had different thoughts on a leading man. Box Office crusher, Maverick Dailey, made it clear that he wanted the role. The producers, studio, and everyone involved were thrilled to score such a celebrity. Well, everyone except me.

And it’s my vote that counts since, according to my contract, I get final say on casting. Maverick is amazing, yet I’m just not sure…

It certainly didn’t help that Finn Parker and I seemed destined to cross paths. We ran into each other all over Hollywood. And the more time we spent together, the more the sparks between us flew. We had an intense chemistry, something I’d only ever read about in books like mine.

Which made me wonder, was I really falling for Finn or just living out a fantasy with a red-blooded, live version of my hot hero character?

It’s easy to confuse fiction for reality in Hollywood. Everything is not as it seems in this town.

Not to mention, Finn’s life would forever change if he landed the role. Which made me question how good of an actor he really was? Was he interested in me, or the role I had the power to give him?

Is this Real Love or just Reel Love? 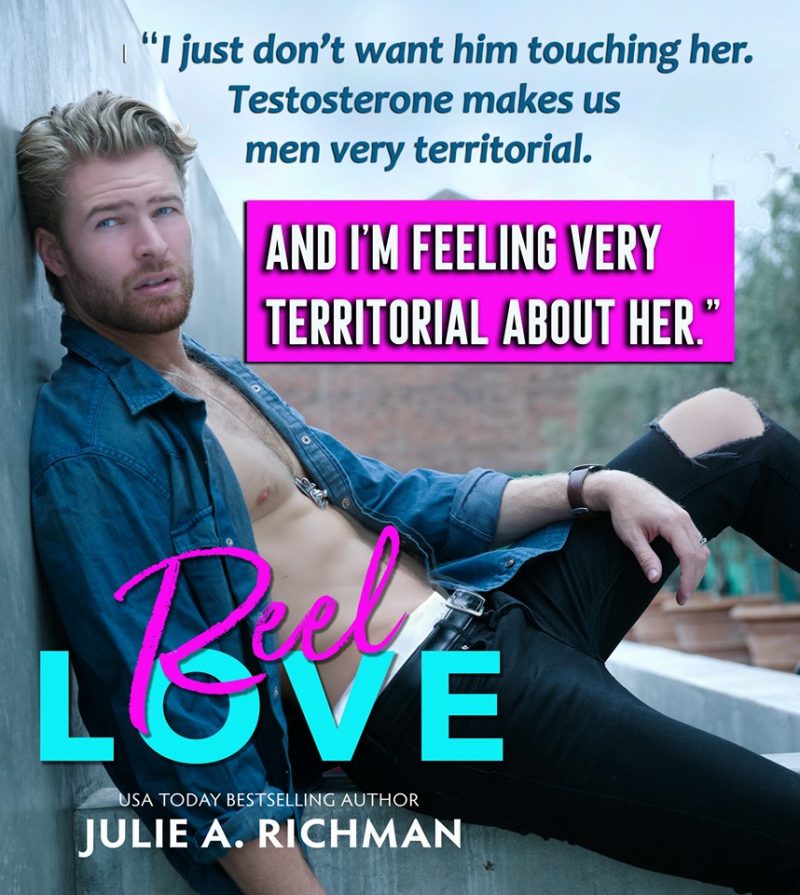 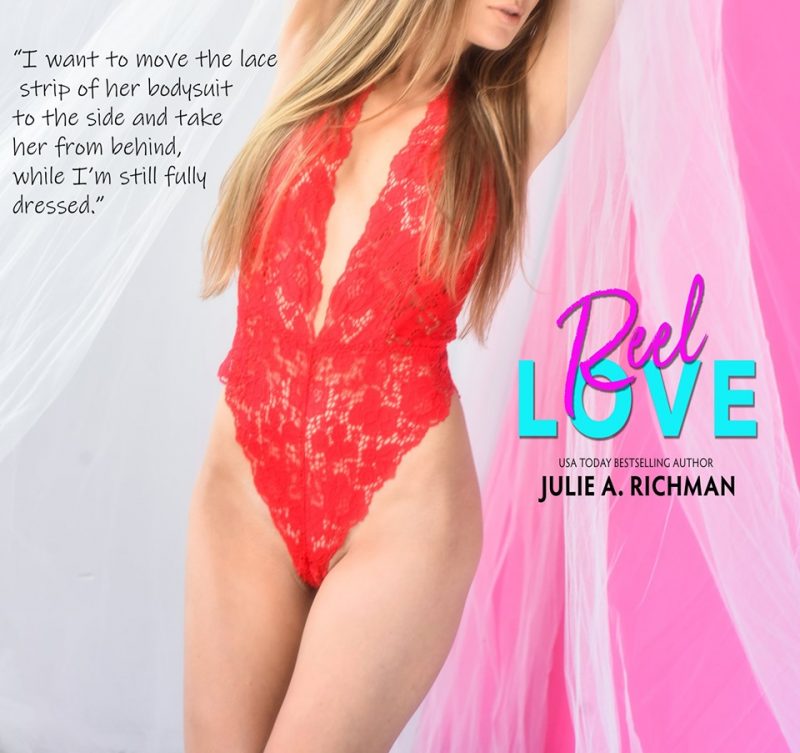 About Julie A Richman

Author Julie A. Richman is a native New Yorker living deep in the heart of Texas. A creative writing major in college, reading and writing fiction has always been a passion. Julie began her corporate career in publishing in NYC and writing played a major role throughout her career as she created and wrote marketing, advertising, direct mail and fundraising materials for Fortune 500 corporations, advertising agencies and non-profit organizations. She is an award winning nature photographer plagued with insatiable wanderlust. Julie and her husband have one son and a white German Shepherd named Juneau.