After Ian’s confession at the end of Rock Reclaimed, I was on pins waiting to see if, and how, he was able to make amends for his actions. The first part of the book was fast paced and intense, focussing on the race to save Margo and it’s all hands on deck. As you can imagine, Simon was going out of his mind and it was wonderful to see other members of the Oblivion family rally round, their anger, quite rightly, directed towards Ian. Clearly, someone who orchestrates such a plan is not of sound mind but I was unprepared for quite how unstable and crazy these people really were. Poor Margo, I felt such sympathy for her. My only slight criticism is that, for me, the conclusion to Margo’s part of the story fell a bit short and after all the build up, felt a little rushed.

Even though he had tried to right his wrongs, I went into the second part of the story hugely disappointed with Ian and, dare I say it, I didn’t really like him. I had loved his cockiness, with a side of vulnerability, in the previous books but when the whole truth came out, I wanted to kick him in the backside for the part he played in putting lives at risk. These authors had a fight on their hands persuading me that he was someone who was worth a second chance. I needn’t have worried. They did a terrific job of growing his character, whilst on his journey of self discovery. We’re introduced to new characters, who are just who he needs to get him back on track. I loved these guys, their antics and ridiculous behaviour are hilarious and hugely entertaining.

This romantic suspense is a bit of a departure for these authors and I think they did a wonderful job. I wasn’t expecting all the feels but it delivered them in spades. As well as the drama, fun and laughter, there are definitely some poignant moments, and one particular scene with Ian and Simon was hugely moving and had me in tears. Rock Redemption is a real page turner, a story of love and family, and is a terrific end to this trilogy. Stripped of all I’d found, now even my name is a scar.

A reminder of how far I’ve fallen and what was ripped away.

By my own devices, if not my own hand.

My music is all I have left, and the memories of the only woman I ever truly loved.

Zoe, who owns my heart.

I’ll do anything to earn her forgiveness. Even lay myself bare.

And I want my brother back.

Finally, I have a family, if they’ll have me. A real life beyond the trappings of fame.

I’ll do whatever it takes. Even start all over again.

But not all the demons of the past have been laid to rest. Now my final reckoning is at hand.

And those I love most may get caught in the crossfire.

Find redemption with Ian Kagan, our new rockstar anti-hero in the conclusion of our super hot, romantic suspense trilogy, Rock Revenge. The trilogy occurs in the Oblivion world though it can be read on its own. Rock Revenge 3 is a full-length novel with a HEA. 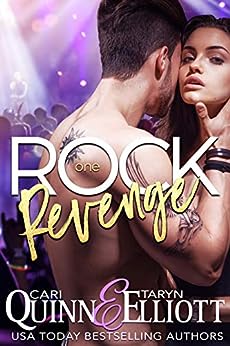 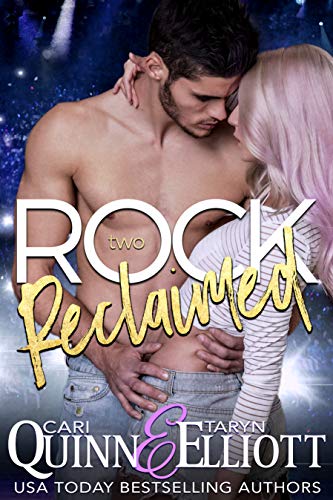 She’s also the other half of the Rocker Reads duo, Cari Quinn & Taryn Elliott. And one half of Taryn Quinn, author of ultra sexy contemporary romance.She loves to hear from her readers and is on most social media platforms. You can find all her links at http://tarynelliott.com or email her at taryn(at)tarynelliott.com.

USA Today bestselling author Cari Quinn grew up wanting to be a singer more than anything else. When she realized she probably wouldn’t be hired as the opening act for the Foo Fighters, she stopped singing and started writing. Now she happily writes about rock stars, MMA fighters, suited heroes, bodyguards and everything in between. And she blasts her music as loud as the neighbors can stand, because hey, she’ll always be a rock star in her own head.She’s also the other half of the Rocker Reads duo, Cari Quinn & Taryn Elliott. And one half of Taryn Quinn, author of ultra sexy contemporary romance.