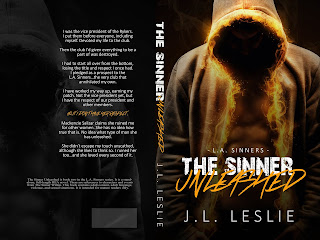 and available on Amazon KU!

The Sinners MC are back with a vengeance in the second book in this series, The Sinner Unleashed. It’s dark, it’s raw and gritty, jam packed with death and destruction, and I loved it. Although this focuses on a different couple, and whilst not strictly necessary, as it’s part of an interconnected series I believe you’ll be better invested in the story if you read book one, The Sinner Within, beforehand.
There’s a lot of bad blood between The Sinners and all female club Hell’s Fury. What appears to start out as rival clubs hell-bent on exacting revenge on the other, soon turns into a hunt for a killer when members from each club turn up dead, murdered in the foulest way. There’s denials from both sides and a lot of finger pointing when it comes to who they believe is responsible, but the suspenseful plot certainly keeps us on our toes. I changed my mind several times when it came to who I thought was the perpetrator.
Alongside all the madness and mayhem, there’s an undeniable attraction between Warren and Mackenzie, which oh boy is scorching hot. I couldn’t wait to see how that was going to work out, especially as both of them were so loyal and dedicated to their own, rival, clubs. Both are stubborn and determined to get their own way, but need to find a compromise if their relationship is to become anything more than just a release of sexual tension. In this respect, they can’t get enough of each other.
Warren is the the epitome of the big, strong, filthy talking biker who, despite being hugely attracted to Mackenzie is determined not to let her get her own way. There’s passion between them but there’s also some really witty banter and funny comebacks, mainly courtesy of Mackenzie. Her frustration and annoyance with herself over her attraction to Warren genuinely had me laughing out loud.
“Christ almighty, am I a f#@£&ng sex addict now? When did I become dicknotized?”
I enjoyed Warren and Mackenzie’s story enormously but it’s not for the faint of heart. There are possible triggers galore and if you need warnings then this may not be the book for you. If, however, like me you like a trip to the MC dark side when it comes to fiction, then I can highly recommend The Sinner Unleashed. 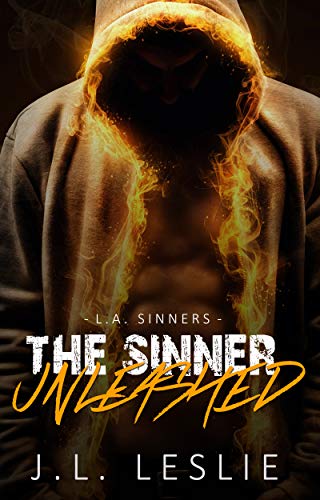 I was the vice president of the Rykers. I put them before everyone, including myself. Devoted my life to the club.

Then the club I’d given everything to be a part of was destroyed.

I had to start all over from the bottom, losing the title and respect I once had. I pledged as a prospect to the L.A. Sinners…the very club that annihilated my own.

I have worked my way up, earning my patch. Not the vice president yet, but I have the respect of our president and other members.

But I don’t have her respect.

Mackenzie Salizar claims she ruined me for other women. She has no idea how true that is. No idea what type of man she has unleashed.

She didn’t escape my touch unscathed, although she likes to think so. I ruined her too…and she loved every second of it.

**The Sinner Unleashed is book two in the L.A. Sinners series. It is a standalone, full-length HEA novel. There are references to characters and events from The Sinner Within. This book contains adult content, adult language, violence, and sexual situations. It is intended for mature readers only.**

About the Author:
I am a happily married mother of three (two boys and one girl). I live in a very small town in Alabama. Never lived anywhere else. I’ve been writing since my early twenties, but I couldn’t seem to finish a book. I started self-publishing with the encouragement from my mom. Without her encouragement, I don’t think I would’ve done it!
I get my inspiration from life experiences, movies, television, other authors, and music. Music is definitely a big influence on my writing. I can hear a song and it can inspire an entire book for me. I listen to it while I’m driving or before I start writing and it keeps me inspired. I like to put music in my books, even if it’s just one song the characters listen to or hear at some point. Sometimes music has gotten me through the really tough times in my life and that’s why it inspires me.
I like to write fast-paced, steamy romance reads. I like for my males to be alpha-males and my heroines to be strong, but both need to have one weakness- each other. I am an avid reader. I absolutely love romance books!