The Rebel of Raleigh High

The Rebel of Raleigh High, whilst still containing her signature dark elements, is a change of direction for this author. It deals with some tough subject matter, however, and is not for the faint hearted. Please be aware, there are several triggers.

Alex and Silver are teenagers from contrasting backgrounds, yet both are dealing with their own problems, each have their own personal goals and motivations, striving to change their lives for different reasons. They’re endeavouring to survive their final year of high school in whichever way they can. They’re tough and I loved the both of them for their grit and determination.

Young in years they may be but their life experiences have ensured that they grew up very quickly and once I got into the story, it was easy to forget their youthfulness. Alex in particular is mature beyond his years and I decided that I would ignore the fact that it’s been many moons since I left school, in order to swoon over him guilt free. He’s definitely the kind of guy I would have ogled from a distance when I was 17, although I’m not sure I’d have wanted to attend Raleigh High. A school for the privileged, the egos and sense of entitlement from some of these kids made for some very interesting, if not rather debauched, behaviour. Morally corrupt, their actions towards Silver were inexcusable and unforgivable but they created a great platform for the story and it’s quite a controversial one too.

This story is so much more than boy meets girl. It’s deep and multi layered, exciting and heart wrenching, with the consequences of people’s actions creating a ripple effect no one could’ve predicted. I love this author’s writing style, the way she’s able to balance the dark with the light by way of humorous moments, mainly courtesy of Silver’s dad, who is an absolute hoot. I love the way she brings Alex and Silver together, their connection and trust in each other and their love stole my heart. I want to say so much about this story but you need to experience the twists and turns, for yourself. They will knock your socks off! 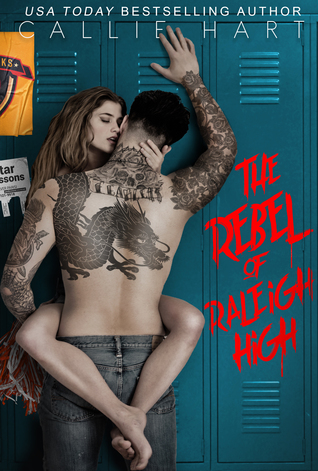 There’s nothing that the students of Raleigh High can do to Silver Parisi anymore. Over the past year, she’s had to endure more pain and suffering than most people are asked to bear in their lifetimes. She’s a pariah, an outcast, a ghost. She’s also never been one to take shit lying down, though…despite what half the football team might say.

With only one hundred and sixty-eight days left of the school year, it won’t be long until graduation, and Silver’s planning on skipping town and leaving Raleigh firmly in her rearview mirror…

Until he comes along…

Orphan.
Degenerate.
Reprobate.
Deviant.
Alex Moretti’s earned most of his labels, and he’s not shamed of a single one of them. He’ll earn far worse before he’s finished with his new found ‘friends’ at Raleigh High. Having spent years being ground down under the boot heel of society, it’s time for a little payback. And if exacting a revenge upon the heads of the Raleigh elite means he can also help the beautiful girl who hovers in the shadows, then that’s all for the better.

Oil and water. Fire and ice. The differences between Silver and Alex are broader than any chasm. To reach one another, they must take a leap of faith and fall into the divide.

Nothing good ever came from falling. 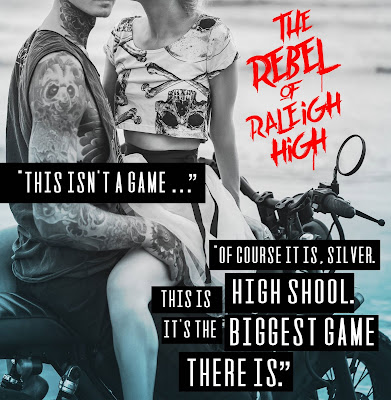 Callie Hart is a USA Today bestselling author of dark romance novels. She is an obsessive romantic who loves throwing a dark twist into her stories. Her characters are imperfect, flawed individuals who dictate when she eats, sleeps and breathes. She loves to travel, and often pens her books when she’s on the road, drawing inspiration from her often unique and wild surroundings.

If she’s not writing, you’ll undoubtedly find her with her nose buried deep in a book, or binge watching Game of Thrones.