The Sinner Within by J.L. Leslie

Newly released from prison for a crime he didn’t commit, Lucien “The Revenant” McNamara takes over as President of the LA Sinners MC. A once flourishing MC, the Sinners coffers are almost depleted and it has been run into the ground. In what seems an insurmountable task, his aim is to pull them out of the mess that the previous, and now deceased President, Ford Taylor, has left them in, whilst also attempting to clear his own name. Lucien may be innocent of the crime for which he was convicted but he’s no saint. A dangerous man, he has an inner beast he needs to control. He is everything a President should be. Fearless and determined, one who adheres to a certain code of conduct which in turn brings him respect from the members of the Club.

They say the truth will set you free but in this case, it could ruin everything for Harper and Lucien and has the potential to get one or both of them killed. Built on lies, the progression of their relationship was frustrating at times as Harper’s increasing feelings for Lucien caused her to doubt herself, plans to deviate and waters to become muddied. I loved the twists and turns this story took and there are several revelations I didn’t see coming.

The Sinner Within is a gritty tale of love and vengeance, and whilst there’s still plenty of ruthless people here, I did feel that the violence was more told than shown and the madness and mayhem we’ve seen in this author’s previous MC series takes something of a back seat to the growing relationship between Lucien and Harper. Nevertheless, it is well written, with strong female characters and bikers you love to hate. It’s extremely sexy and raw, just as a good MC book should be. A great start to this new series, it can be read as a stand-alone. However, some of the characters here also appear in this author’s Raven’s MC series which I enjoyed very much and wouldn’t hesitate to recommend. 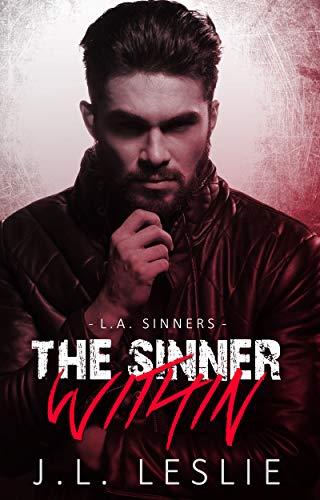 They call me a demon. The revenant. I was thought to be dead for over three years so the names are fitting. I lost everything important to me. My club. My old lady. I resurfaced to find the things I cherished the most had been taken from me. The man I called a brother had stolen it all. He stole my chance at happiness. Freedom. He set me up.

I’ve been given a second chance. An opportunity to make amends. To right the wrongs I have been accused of. I reclaimed my club. I’ve set out to clear my name. There’s only one thing standing in my way. One person.

I am a happily married mother of three (two boys and one girl). I live in a very small town in Alabama. Never lived anywhere else. I’ve been writing since my early twenties, but I couldn’t seem to finish a book. I’ve started self-publishing with the encouragement from my mom. Without her encouragement, I don’t think I would’ve done it. She always supported me and writing is something I’ve always enjoyed doing. As long as I enjoy it, I’ll continue to do it. I’ve learned already that I can’t please everyone. Not all reviews will be good, not all reviews will be bad. I’m the one that has to be happy with my work.

I get my inspiration from life experiences, movies, television, other authors, and music. Music is definitely a big influence on my writing. I can hear a song and it can inspire an entire book for me. I listen to it while I’m driving or before I start writing and it keeps me inspired. I like to put music in my books, even if it’s just one song the characters listen to or hear at some point. Sometimes music has gotten me through the really tough times in my life and that’s why it inspires me.

I like to write fast-paced, steamy romance reads. I like for my males to be alpha-males and my heroines to be strong, but both need to have one weakness- each other. I am an avid reader. I absolutely love romance books!