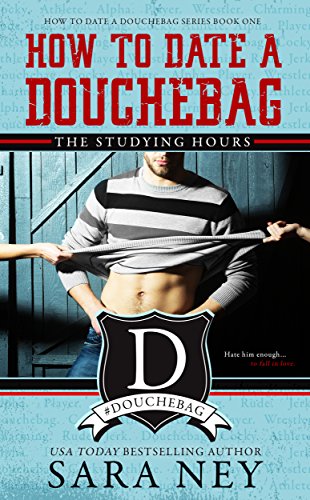 CRUDE. ARROGANT. AHOLE.
Sebastian ‘Oz’ Osborne is a walking, talking cliche.
One of the university’s most celebrated student athlete—and possibly the biggest douchebag–Oz has a filthy mouth, a fantastic body, and doesn’t give a sh*t about what you, or anyone else thinks. He loves to have fun,but loves winning even more.

SMART. CLASSY. CONSERVATIVE.
Jameson Clarke may be the university’s most diligent student—but she is no prude. She spends most of her time in the hallowed halls of the library, not because she’s a brainiac–but because she’s not. School doesn’t come easy, and she’s determined to finish the year without a D.

Oz is a champion wrestler; one of the best. And he didn’t fight his way to the top by backing down from a challenge.

EVERY DOUCHBAG HAS HIS WEAKNESS.

In this modern-retelling of “Beauty and the Beast,” Savannah Carmichael, betrayed by an unreliable source, returns to her hometown of Danvers, Virginia with her once-promising journalism career in ruins. Given the opportunity to get back in the game by writing a patriotic human interest piece, Savannah turns her attention to the town hermit, Asher Lee, a wounded veteran who returned to Danvers eight years ago, and hasn’t been seen since.

After an IED explosion in Afghanistan took Asher’s hand and disfigured half of his face, he’s lived a quiet life on the outskirts of Danvers where the locals respect his privacy…that is, until Savannah Carmichael comes calling in a borrowed sundress with a plate of homemade brownies. When Asher agrees to be interviewed by Savannah, he starts feeling things for the beautiful reporter that he hasn’t felt in years.

Misfits in small-town Danvers, Savannah and Asher create a bond right away, touching each other’s hearts in ways neither thought possible. When a terrible mistake threatens to drive them apart, they’ll have to decide if the love they found in one another’s arms is strong enough to fight for their hard-won happily ever after. 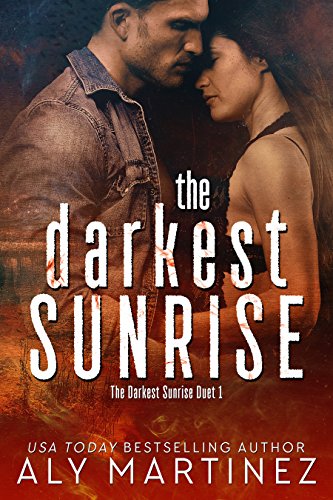 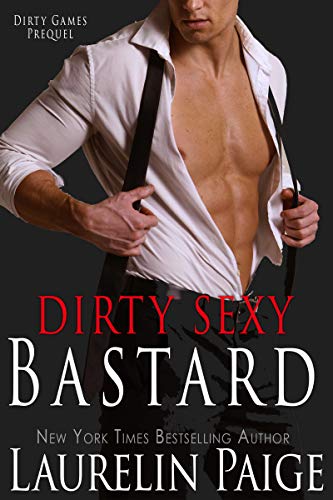 My mother tells me strength is the image you project.
My father is dead.
And his business – my legacy, the corporate empire that is Dyson Media – has been projecting a false strength.

Stock prices are strong, but under misogynistic management, the company is crumbling.
True to form, I won’t be allowed to inherit, to fix this, until I marry.
That’s when Donovan Kincaid walks into my life with an idea- and a man- I never saw coming. 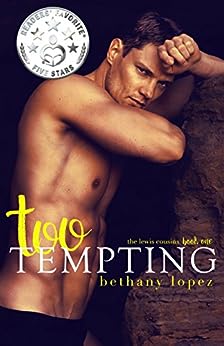 Gabriel “Gabe” Lewis retired from the NFL and returned home to Cherry Springs. He combined his passion for football with camping and is now the owner of a football camp for teens. His summers are dedicated to spending time with family and teaching his campers about the sport he loves.

Zoey Zahn is a quirky, introverted writer and self-proclaimed geek. When she’s asked if she’ll accompany her nephew, Christopher, to camp, Zoey agrees, envisioning quiet evenings of writing in the great outdoors. After she stumbles upon Gabe, however, quiet evenings alone are the last thing on her mind.

The chemistry between Gabe and Zoey is undeniable, but as camp ends, a brewing storm causes their blooming relationship to fumble. All Gabe knows is that Zoey is Too Tempting to deny, and he’s determined to overcome the obstacles between them to be the man she deserves.

Too Tempting is the first in an all-new small town romance series by Bethany Lopez. Follow the Lewis cousins of Cherry Springs, the kind of place where there are festivals for every occasion and everyone knows your business, as they learn about love and loss. 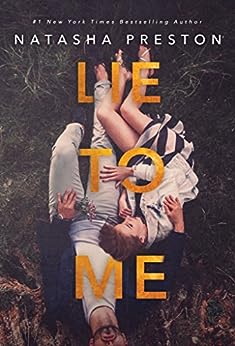 At nineteen, Savannah Dean escaped her family, leaving behind a note and the people who caused her so much pain.

Now, she lives on her own and keeps to herself.

At nineteen, Kent Lawson’s girlfriend betrayed him, leaving him behind with a broken heart and a whole lot of mistrust in women.

Now, he lives on his own and shares himself with nearly every pretty thing that walks by but only for one night.

When Savannah and Kent meet, they can’t stand each other.

Kent knows she’s hiding something, and he despises liars.

And Savannah has nothing but secrets. 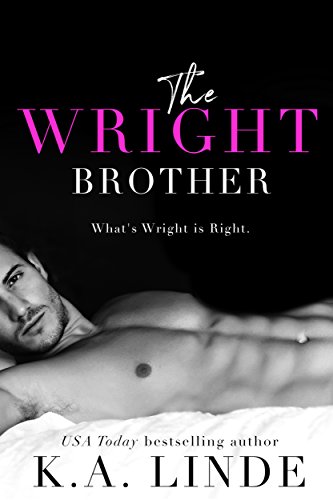 He didn’t remember and I wish I could forget.

I may have sworn off the Wright family a long time ago. But when I returned home, Jensen Wright crashed into my life with the confidence of a billionaire CEO and the sex appeal of a god. Even I couldn’t resist our charged chemistry, or the way he fit into my life like a missing puzzle piece.

Too bad he’d forgotten the one thing that could destroy us.

Because Jensen Wright doesn’t share. Not with anyone. And if his brother finds out, this could all go down in flames.

When it all was said and done, was he the Wright brother? 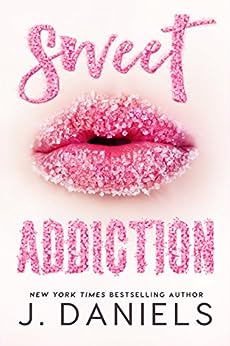 Wedding hookups never amount to anything.

Those who partake in this wicked little activity know the rules. Get in. Get laid. Get out. There’s no expectation of a relationship. It is what it is.

Dylan Sparks knows the rules. She’s familiar with the protocol. And she engages in the best sex of her life with a complete stranger at her ex-boyfriend’s wedding.

Reese Carroll doesn’t care about the rules. He wants more than just one night with Dylan.

And Dylan finds him too addicting to pass up.

Sweet Addiction is the story of one woman’s struggle to keep things casual, and one man’s desire to never let her go. 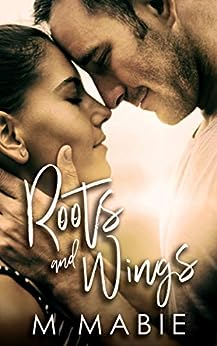 Suddenly, I was a bachelor in an unfamiliar town with a money pit of a house, a truck that wouldn’t run, and a new job. Yet, all could think about was Mutt, or at least that’s what they called her.

To me, she was gorgeous and witty … and perfect. She knew more duty than desire, more perseverance than passion, and more acquaintance than affection, but here was no way I’d ever want to change her. In fact, I was dying to show her the life she’d been missing, but first she’d have to trust me enough to tell me her real name.

I wanted to plant roots, but I refused to clip her wings. Not when she was everything I’d been looking for and all the home I’d ever need.

Roots and Wings is a standalone contemporary romance. If you’re looking for a good time, then you’ve come to the right place. Welcome to Wynne. 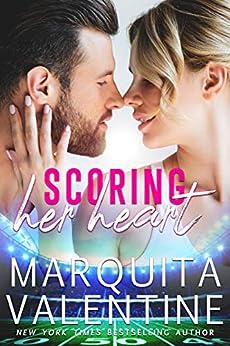 Dallas Drake has a big salary and an even bigger…ego…and he’s not afraid to use either of them to his advantage. As infamous as he is attractive, Dallas has all the equipment necessary to bring home the win.

The first time I met him, I was in handcuffs.
The second, he saved me when I fell off a ladder.
Now? Now we’re working together to plan a charity event.
I may not be interested in what Dallas has to offer, but as the game goes on, I’m becoming more open to his passes.
Is he looking for the win, or just determined to score?

Scored can be read as a standalone. 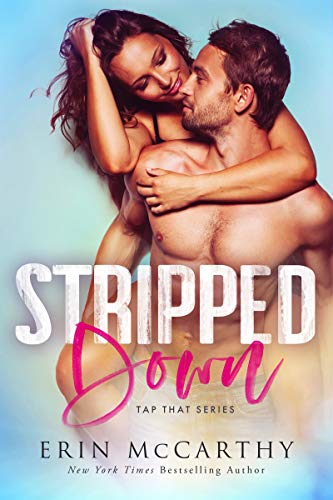 It was complicated back then. It’s even more so now.

Because former mean girl Sloane rolls back in town to find Rick stripping at a charity event like he was born with biceps.
And single dad Rick is her landlord.

And her brother will murder him if he has sex with her. 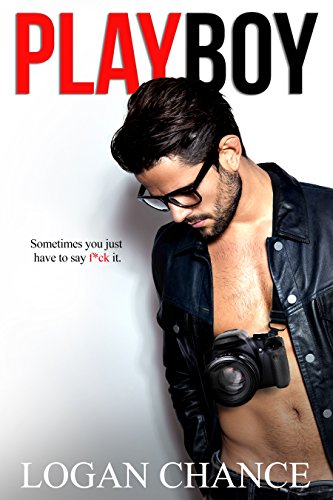 They call me a playboy.

Sure, I like to have fun with the opposite sex, but hey, in my line of work, who wouldn’t?
My name’s Jonah and I work for Bunny Hunnies, a swimsuit magazine. Calling the shots, and taking pictures of gorgeous women is every man’s fantasy, including mine.

That is, until Chelsea Sincock walks onto the set of one of my shoots.

I’ve known Chelsea since before she was this hot as hell vixen wearing nothing but a bikini.

What is she doing here?
Does her brother, Declan, know?
Did I mention he’s my best friend?

This is going to be hard, I mean difficult, to work with her. And the more I gaze at her from behind the lens, the more I realize I’m in way over my head.