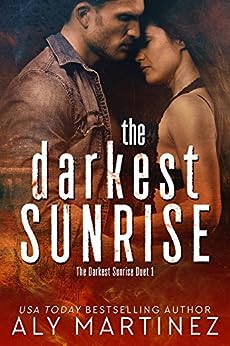 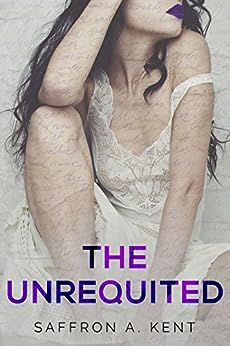 NOTE: Please be aware that this book deals with sensitive topics like cheating. 18+ Only.

Layla Robinson is not crazy. She is suffering from unrequited love. But it’s time to move on. No more stalking, no more obsessive calling.

Thomas Abrams is a stereotypical artist–rude, arrogant, and broody–but his glares and taunts don’t scare Layla. She might be bad at poetry, but she is good at reading between the lines. Beneath his prickly façade, Thomas is lonely, and Layla wants to know why. Obsessively.

Sometimes you do get what you want. Sometimes you end up in the storage room of a bar with your professor and you kiss him. Sometimes he kisses you back like the world is ending and he will never get to kiss you again. He kisses you until you forget the years of unrequited love; you forget all the rules, and you dare to reach for something that is not yours. 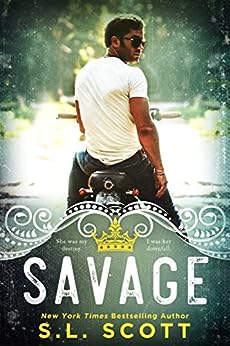 Early praise from readers, bloggers, and authors call this book “The Best Book of 2017!” and a “Must Read Summer Sensation.”

Welcome to the mysterious world of the rich and the damned in this gritty, modern day fairy tale. Two star-crossed lovers will either find their destiny or meet their fate in a world where demons come in the form of familiar faces and pawns aren’t just players, but deadly.

She was my destiny.

I was her downfall.

We were a match made in hell.

But when we were together, that hell was pure heaven.

The moment I laid eyes on her, I knew she would pay the price for my sins. I wasn’t much older than she was, but old enough to know better. Old enough to know she would be good for me and I was bad for her. But I pursued her anyway. Back then I had hope that maybe she could change my future.

Maybe together we could change our fate . . . 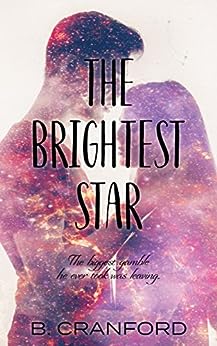 Naturally, she did. And two years after he walked away, leaving her hurt and broke, he somehow managed to look better than ever. Of course.

She didn’t want to see him, let alone speak to him, but apparently, he wasn’t going to give her a choice.

No, scratch that. The one he drove away with poor decisions and lies, big and small.

She might have been having a bad day, but she was still the bright, beautiful girl he’d been missing for far too long. His brightest star. Still the only girl he’d ever want. If only he could convince her of that.

Is it too late to say sorry?

Sebastian wants a chance to win back Brighton’s trust—and her future.
Brighton wants to be able to move on from the past, once and for all.

But neither of them want to say one final goodbye… 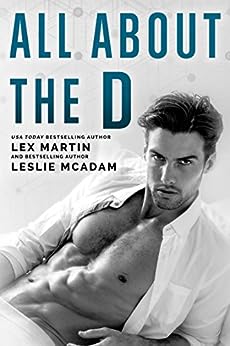 Temptation has never come in a hotter package.
You know how people say you can never believe what you read on the interwebs? That a hot guy online is probably a creeper with a beer gut and a shoe fetish, not the sexy beast he pretends to be?
So I had no clue that the anonymous blogger who contacted my law firm about his naughty website would be droolworthy in real life. Not that I’m interested in him in that way. Attorneys can’t go around sleeping with their clients. Not even if he is the most beautiful man I’ve ever met and so ridiculously smart he makes my nerdy-girl heart sigh.
Besides, he has too much on the line to risk taking a chance on the insane chemistry building between us. We both do.
I’ve always followed the rules. Too bad he makes me want to break each and every one of them.
*** All About the D is a romantic comedy and a full-length standalone. Due to adult situations and sexual content, it’s recommended for readers over the age of 18.  *** 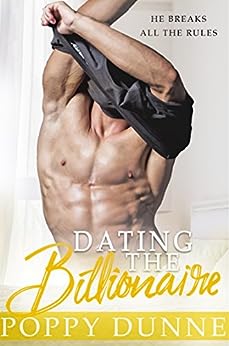 He’s going to break all her rules…

I’m Dahlia Rossi, dating coach extraordinaire. I know how to land you the man of your dreams. Follow my rules, you’ll meet the love of your life and have a gorgeous destination wedding in French Polynesia. Okay, that last one happened just the one time. But my rules work every time. I guarantee it.

1. The man makes the first move. Seems unfair? Life’s unfair.
2. Never have sex on the first date. No, not even oral. And hands above the table, please.
3. Play hard to get, but don’t make it too hard.

Solid rules, right? I thought they were. But then I met Jack Carraway, an impossibly sexy, frustratingly unpredictable billionaire, and broke them all. Everywhere. In an elevator. On a balcony. Beneath a gazebo, of all places.

Whether I like it or not (spoiler alert: I like it!), Jack is taking me on wild adventure and we’re writing a whole new set of rules. Like, always reserve your matching Harry Potter costumes a week in advance; wrestling swans is not as easy as it looks; and sometimes, the man of your dreams pops up in the most unlikely of places and has a really big…boat.

After years of watching couples find love, it may be my turn. But is this spontaneous playboy the real thing, or just a fun detour around my predictable life? All this time I’ve been following my own rules and going to sleep alone, with nothing but my second slice of princess cake to keep me company.

But the more time I spend with Jack, the more I learn that rules…they’re meant to be broken. 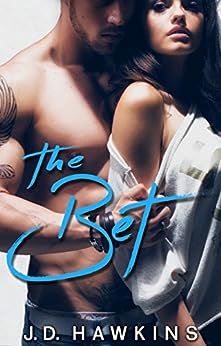 What would you do if a famous producer approached you at a club and told you he wants to make you a star? Would you take the leap?

Brando Nash is a bad boy with a wall of platinum records and a line of girls just begging to work with him–and under him. And he wants to make me famous. Who could say no? But I’m not in this for cheap thrills, no matter how hard his body is, or how good he is at charming my panties off.

When we start working together, I fight to keep my heart in check. He’s unbelievably hot, a musical genius and a dirty talking, arrogant playboy. There’s no way I can resist.

But when I find out he’s just in this for a bet, everything changes. I’m not just a dirty game. With my heart and career on the line, I have too much at stake. Can I risk it all and give him a second chance?

*** The Bet is a full length, stand-alone romance starring a dirty talking alpha male. If over the top sexual fantasy and out of control chemistry offend you, don’t buy this bestselling book.

This was previously published as Brando 1 and Brando 2 and contains additional scenes. 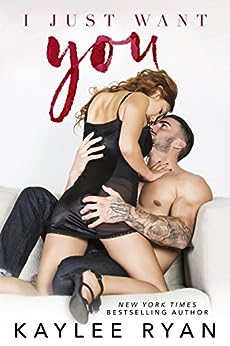 “Go to college,” they said. “Get a good job,” they said. “It will be a piece of cake.” Well, whoever they are, they lied. Sure, college was a blast, but after college, not so much. The finding a job to go with my expensive education, that part was not so easy. At least not until I was offered a position at the new club in town.

Life is defined by the little moments that have the power to change it completely. I never thought getting a cup of coffee would change mine, but it did. She did. She’s one of those moments.

I can’t resist her. 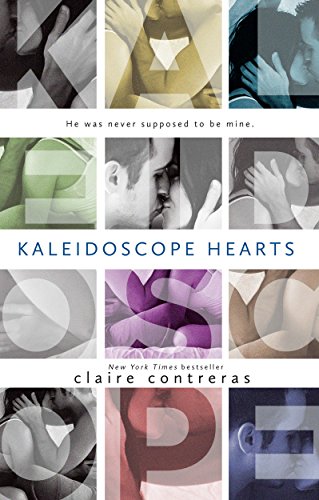 He was my older brother’s best friend.

He was never supposed to be mine.

I thought we would get it out of our system and move on.

One of us did.

One of us left.

Now he’s back, looking at me like he wants to devour me. And all those feelings I’d turned into anger are brewing into something else, something that terrifies me.

He broke my heart last time.

This time he’ll obliterate it.

**This is a full-length, standalone, contemporary romance.** 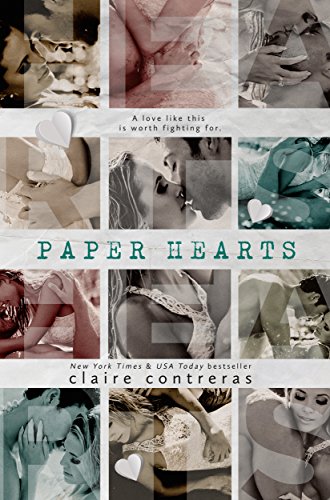 Jensen Reynolds made a stupid, terrible, mistake years ago when while on a break, he slept with another woman and got her pregnant. He tried to make up for it by marrying her, which meant saying goodbye to the love of his life forever.

Mia is done with men. They’re lying, cheating, scumbags and she doesn’t have time for any of them. That is, until she finds herself in a temporary position, taking photos for the same company that Jensen freelances for.

This is a story about redemption, forgiveness, and how far one will go for a second chance at a love that just won’t fade away. 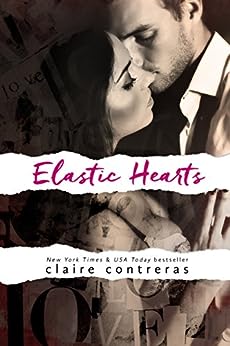 Victor Reuben has never had a divorce case he hasn’t won, but when his client turns out to be an old flame, and his restraint is tested, he must make a choice between his career and the woman who could turn out to be the one.

*Each book in the Hearts Series follows a different couple and can be read as a standalone.*