It’s the kind you can never recover from.

The kind you never WANT to recover from.

That’s why we’ll do everything and anything to protect it.

When my past chases me all the way to Outskirts, we have to make a choice.

Let the lies destroy our chance at future together or…bury them deep in the swamp where they belong.

From the second she saw him, Layla Barros knew Nico Soltero was all wrong. Wrong age. Wrong education. Wrong job. Wrong everything. She had a hard enough time convincing her parents that New York really is the right place for their nineteen-year-old daughter without telling them she’s got a thing for the FedEx guy at her new part-time job. Too bad the second she saw him, Layla Barros no longer cared about right and wrong.

Raised with three siblings in Hell’s Kitchen by a single-mom, half Puerto-Rican, half Italian Nico Soltero is a quintessential New York mutt who’s always had to shoulder the burdens of his family. Burdens which have cost him almost all of his dreams, like going to college or becoming an FDNY firefighter. Now, at twenty-six, he’s finally getting the chance to leave the place that’s always felt more like a dead weight than the center of the universe. Too bad the city of his birth has one last hard knock to deal: the girl of his dreams, sitting right in the middle of his delivery route, three months before his plane is supposed to take off.

As Layla and Nico find out, love isn’t always convenient, and it never happens how they planned. The choices that Nico and Layla make now will affect their lives forever. Will they make them together or apart? 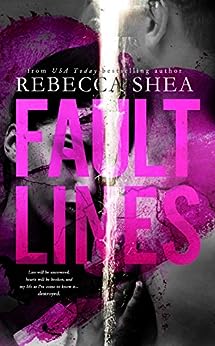 At eleven he was my first crush. At sixteen he became mine. At nineteen he broke my heart and destroyed me. That was ten years ago and the last time I saw Cole Ryan.

They say you never get over your first love…I beg to differ. I left my shattered heart buried in a town I never expected to return to. I erased every thought of him and buried the memories never to be found.

I moved on…now ten years later I have the perfect life, the perfect fiancé, the perfect career. Everything I ever wanted until I’m forced to go back and face my past and the man that destroyed me.

He won’t stop until I know the truth no matter how hard I fight it. In the end, lies will be uncovered, hearts will be broken, and my life as I’ve come to know it destroyed. 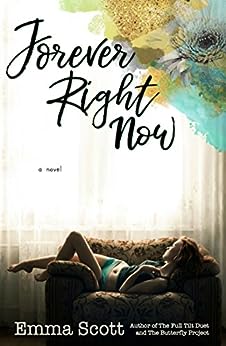 Darlene Montgomery has been to hell and back…more than once. After a stint in jail for drug possession, she is finally clean and ready to start over. Yet another failed relationship is just the motivation she needs to move from New York to San Francisco with the hopes of resurrecting her dance career and discovering that she is more than the sum of her rap sheet. As Darlene struggles in her new city, the last thing she wants is to become entangled with her handsome—but cranky—neighbor and his adorable little girl…

Sawyer Haas is weeks away from finishing law school, but exhaustion, dwindling finances, and the pressure to provide for himself and his daughter, Olivia, are wearing him down. A federal clerkship–a job he desperately needs–awaits him after graduation, but only if he passes the Bar Exam. Sawyer doesn’t have the time or patience for the capricious—if beautiful—dancer who moves into the apartment above his. But Darlene’s easy laugh and cheerful spirit seep into the cracks of his hardened heart, and slowly break down the walls he’s resurrected to keep from being betrayed ever again.

When the parents of Olivia’s absentee mother come to fight for custody, Sawyer could lose everything. To have any chance at happiness, he must trust Darlene, the woman who has somehow found her way past his brittle barbs, and Darlene must decide how much of her own bruised heart she is willing to give to Sawyer and Olivia, especially when the ghosts of her troubled past refuse to stay buried. 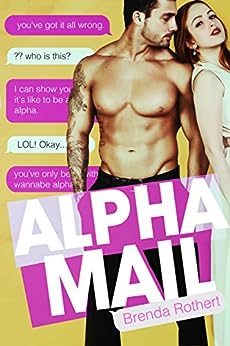 Sienna Mills knows her alpha males.
They brood.
They growl.
They love the word “mine”.
After spending her early twenties in and out of relationships with alphas, Sienna used her knowledge to found Alpha Mail, a booming business that allows women to sign up for emails, letters, and texts from their own brooding, red-blooded man.
Her star is on the rise and Sienna is attracting the interest of investors when a mysterious man starts messaging her about the true nature of an alpha. She’s got it all wrong, he says, and he’s willing to show her how a real man makes women respond.
The more Sienna hears from him, the more aggravated she becomes. Who does this anonymous, supposed alpha think he is, anyway?
And yet…she can’t deny his messages are becoming the best part of her days. Commitment-phobic Sienna finds herself wanting more from her sensei of seduction. But is she willing to trust her heart to an alpha again? 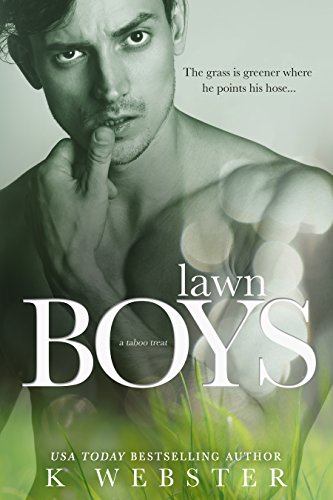 She’s lived her life and it has been a good one.
Marriage. College. A family.
Slowly, though, life moved forward and left her at a standstill.

Until the lawn boy barges into her world.
Bossy. Big. Sexy as hell.
A virile young male to remind her she’s all woman.

Too bad she’s twice his age.
Too bad he doesn’t care.

She’s older and wiser and more mature.
Which means absolutely nothing when he’s invading her space. 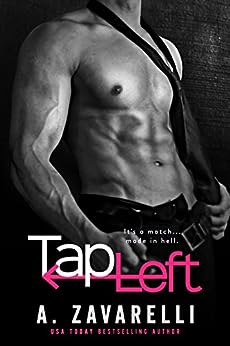 Lola Bell could easily bring an army of men to their knees… as long as she never opened her mouth.

She’s soft in too many ways. A people pleaser who goes the extra mile. Some might call her an easy target. In short, she has all of the qualities that I despise. But when it comes to me, she doesn’t hesitate to fling her poison arrows my way. She has every right to her feelings. Over the years, I’ve given her plenty of ammo.

Yeah, I hate Lola. But it doesn’t stop me from wanting her too. When she makes me a proposition I can’t refuse, there’s just one problem.

She tastes so f*cking sweet. So f*cking good.

This is a full length standalone. 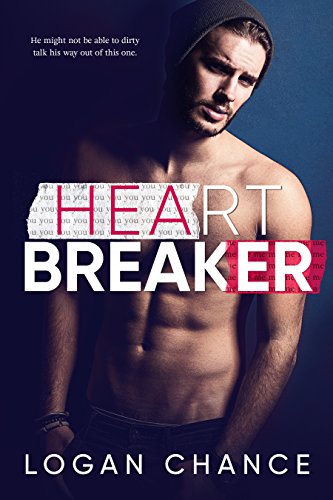 Coming back to sell my childhood home should’ve been easy. Nothing in life is easy. Especially when Catherine Wells is determined to make it hard. And by hard, I mean, well… hard.

She’s sweet and feisty and determined to get under my skin in every way imaginable.

Now, I have something new to focus on.

I shouldn’t even be thinking about her.

I should just walk away.

They call me a heartbreaker but they’ve never met Catherine Wells. 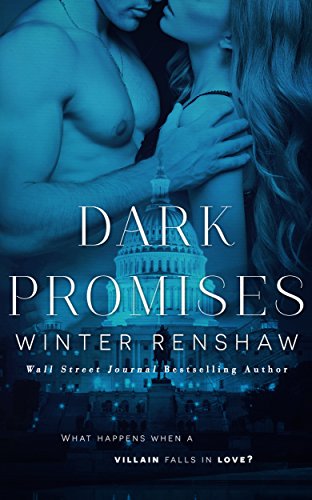 I have a secret …

I don’t care if you like me or not.

Insatiable lust for power and control runs thick in my veins. My father served as President of the United States of America—and his father before him. Montgomerys are born to lead and rule, to fear nothing and cower to no one, to make allegiances, not friends.

With a senate campaign about to launch and presidential aspirations at fever-pitch intensity, imagine my dismay when my strategist tells me I need to “settle down” with a “nice girl” in order to appeal to my constituents.  Enter Rowan Aldridge, a head-turning stunner with a charm school walk, Jackie O. refinement, and a well-connected family.

So I’ll do what I have to do, make her believe what I need her to believe, and as soon as the campaign’s over and I’ve secured my senatorial seat, I’ll release my pretty little butterfly back into the wild.

But this isn’t about all of that.

This is what happens when a villain falls in love.

AUTHOR’S NOTE 1: This book is SUPER LIGHT on politics. Like … extremely. All characters and parties are 100% fictitious and not based on anything you currently see on TV or read in the news. Promise! 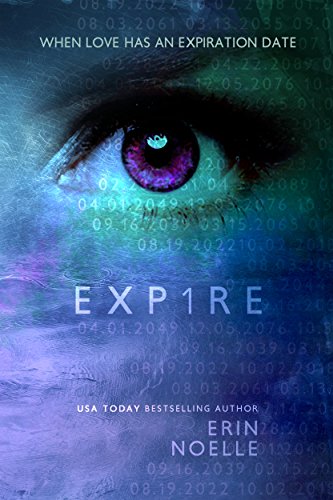 Numbers.
They haunt me.
I can’t look into a person’s eyes without seeing the six-digit date of their death.
I’m helpless to change it, no matter how hard I try.
I’ve trained myself to look down. Away. Anywhere but at their eyes.
My camera is my escape. My salvation. Through its lens, I see only beauty and life—not death and despair.
Disconnected from all those around me, I’m content being alone, simply existing.
Until I meet him.
Tavian.
The man beyond the numbers.
How can I stay away, when everything about him draws me in?
But how can I fall in love, knowing exactly when it will expire? 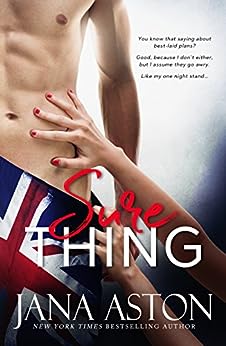 Do you have an identical twin sister?
No? It’s okay, most people don’t.

But if you did, would you switch places with her?
Of course you would – when you were five.
You might even do it again when you were fifteen.
But a twin switcheroo at twenty-six?

Add in a sexy stranger – with an even sexier British accent – and things are about to get really complicated.

Sure Thing is a full length novel and ends at approximately 70% on your device.
A bonus novella follows. Enjoy!