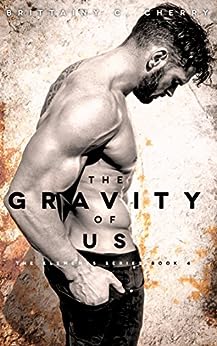 Graham Russell and I weren’t made for one another.

I was driven by emotion; he was apathetic. I dreamed while he lived in nightmares. I cried when he had no tears to shed.

Despite his frozen heart and my readiness to run, we sometimes shared seconds. Seconds when our eyes locked and we saw each other’s secrets. Seconds when his lips tasted my fears, and I breathed in his pains. Seconds when we both imagined what it would be like to love one another.

Those seconds left us floating, but when reality knocked us sideways, gravity forced us to descend.

Even if we were destined to crash against solid ground.

All four books in the Elements Series (standalones) are on KU. 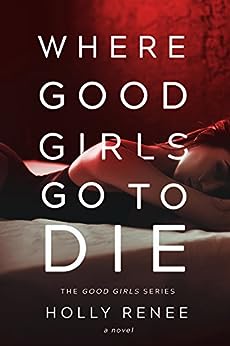 It was a bad idea from the beginning.

He was my brother’s best friend and the definition of unavailable.

But I didn’t care.

I had loved him for as long as I could remember.

But then he broke my heart as easily as I fell for him. He watched me fall, spiraling out of control, and as I reached for him, he wasn’t there to catch me.

Four years later, I never expected to see him again.

He was still my brother’s best friend, and he was more unavailable than ever.

He looked every bit the bad boy I knew he was, covered in tattoos and a crooked smile.

Guarding my heart from him was top priority because Parker James was where good girls go to die.

Unfortunately for him, I wasn’t a good girl anymore. 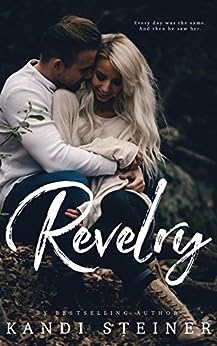 Wren Ballard is trying to find herself.

She never expected to be divorced at twenty-seven, but now that the court date has passed, it’s official. The paperwork is final. Her feelings on it aren’t.

Spending the summer in a small mountain town outside Seattle is exactly what she needs. The peaceful scenery is a given, the cat with the croaky meow is a surprise, but the real kicker? A broody neighbor with nice arms, a strange reputation, and absolutely no interest in her.

He doesn’t care about the town’s new resident — he’s too busy fighting his own demons. But when he’s brought face to face with Wren, he can see her still-fresh wounds from a mile away. What he doesn’t see coming is his need to know who put them there — or his desperation to mend them.

Sometimes getting lost is the way to find yourself. Sometimes healing only adds a new scar. And sometimes the last place you expected to be is exactly where you find home. 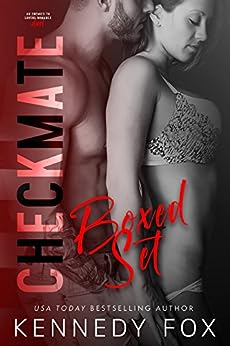 Introducing the Checkmate Duet from a secret duo of romance authors under the USA Today bestselling pseudonym, Kennedy Fox!
Checkmate: This is War & This is Love is an enemies to lovers romance that’ll have you crying with laughter one moment and screaming in frustration the next—but you’ll be begging to play the game with The King.
Game on.
***
Travis King is the worst kind of a$$hole with good looks and enough confidence to last two lifetimes.
Viola Fisher is a goodie two shoes know-it-all who prefers fictional love stories over her own.
The only thing they have in common is their mutual hatred for each other. 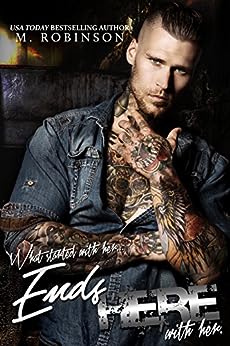 Ashes to ashes.
Dust to dust.
And all that fucking shit.
I had killed.
I had sacrificed.
The innocent and the corrupt. I knew blood and I knew violence.
Never imagining I could know love too.
Mia Ryder was a woman to love. To cherish. To fucking claim. Now, forever, and
every day in between.
If there was anyone I’d go to Hell and back for, it was her.
Even if it meant, going to war with…
My fucking brother.

Road to Nowhere (Book 1) is on Kindle Unlimited. 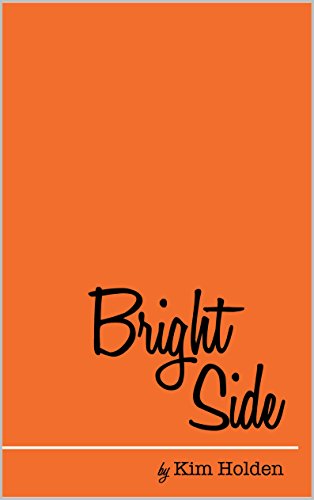 Secrets.
Everyone has one.
Some are bigger than others.
And when secrets are revealed,
Some will heal you …
And some will end you.

Kate Sedgwick’s life has been anything but typical. She’s endured hardship and tragedy, but throughout it all she remains happy and optimistic (there’s a reason her best friend Gus calls her Bright Side). Kate is strong-willed, funny, smart, and musically gifted. She’s also never believed in love. So when Kate leaves San Diego to attend college in the small town of Grant, Minnesota, the last thing she expects is to fall in love with Keller Banks.

And when secrets are revealed,
Some will heal you …
And some will end you.

Note from the author: Due to strong language and sexual content, this book is recommended for mature audiences. 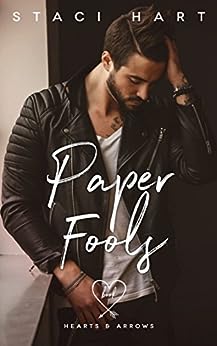 Aphrodite knows love — just don’t ask her to figure out her own mess.

Rather than deal with her sticky love life, she toys with the hearts of unwitting humans. It’s a little game she plays, and the stakes are high. Lucky for her, she’s just found the perfect match.

Lex is everything Dean needs, but he can’t have her.

It doesn’t matter that her eyes speak to a long forgotten part of him, or that her art and poetry touch his shredded heart. She’s off limits — crossing that line would implode his band and everything he’s ever cared about. There’s only one option: stay away from her, no matter the cost. Even if the price is his heart.

Dean is everything Lex wants, but she can’t take the risk.

The second she meets him, she knows her heart is in danger. She’s convinced it’s only attraction that has her hung up on the dark, quiet lead singer, but with every day that passes, she knows it’s more. It’s just that she can’t put her heart on the line. She won’t — love has never been worth the sacrifice.

If only they knew they were just pawns in a much bigger game. And in the game of love, Aphrodite never loses.

*Formerly titled Deer in Headlights, Paper Fools has been rewritten and reedited for your enjoyment.* 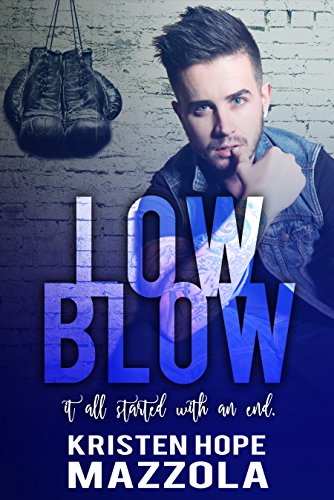 One injury – a freaking broken rib.

That’s all it took to send life into a tailspin at the age of sixteen. After getting a heart transplant, I knew that I could never take life or my talents for granted – I was going to be the best of the best. Boxing consumed my life and I was on track for greatness.

Everything was perfect until I woke up one morning, ten years after my surgery with an overwhelming need to meet her – the girl whose father’s heart beat in my chest.

Little did I know that she was going to save me all over again.

Note: Low Blow is the fourth book in the Shots On Goal Series. It can be read as a standalone, has a happily ever after, and does not have a cliffhanger. There are character crossovers from Hat Trick, Cross Checked and Cherry Picked, which are also standalones with a HEA and no cliffhanger. 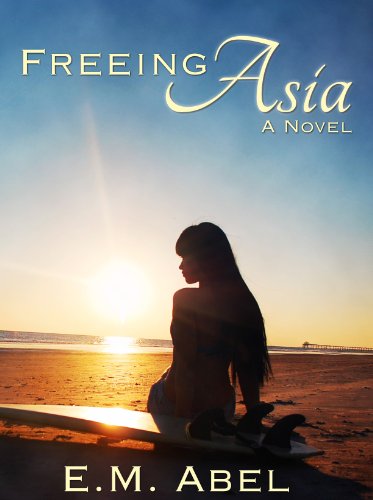 How does a tomboy raised in a house full of men find the sensual woman inside of her? Growing up with a widowed, retired Marine as a father and two older brothers taught Asia to be tough. But how does she stop being one of the guys and learn to find the right one?

Finding herself won’t be easy, finding love will be even harder.

Meeting Jay opens Asia’s eyes to the possibility of love and unbelievable sex but can his country club world accept the woman more comfortable in torn jeans and flip flops? Or will she find the love she yearns for in the tattooed arms of her first love, a pro skater who has come back into her life?

With the possibility of new love or closure from a painful first love, finding her path is riddled with uncertainty and discoveries but before she can follow her heart she must first set it free.

**Not recommended for younger readers due to sexual content, recreational use of marijuana and language.**

Breaking Shaun and Saving Jay are both on KU. 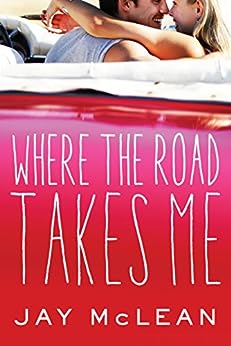 Chloe has one plan for the future, and one plan only: the road. She’s made a promise to herself: don’t let anyone in, and don’t let anyone love her. She’s learned the hard way what happens if she breaks her rules. So she’s focused on being invisible and waiting until she can set out on the road—her dream of freedom, at least for a little while.

Blake Hunter is a basketball star who has it all—everything about him looks perfect to those on the other side of his protective walls. He can’t let anyone see the shattered pieces behind the flawless facade or else all his hopes and dreams will disappear.

One dark night throws Chloe and Blake together, changing everything for Blake. For Chloe, nothing changes: she has the road, and she’s focused on it. But when the so-called perfect boy starts to notice the invisible girl, they discover that sometimes with love, no one knows where the road may lead.