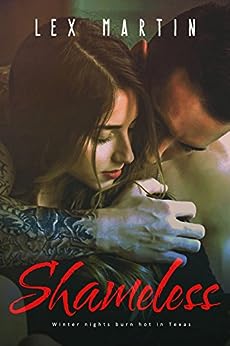 What the hell do I know about raising a baby? Nothing. Not a goddamn thing.

Yet here I am, the sole guardian of my niece. I’d be lost if it weren’t for Katherine, the beautiful girl who seems to have all the answers. Katherine, who’s slowly finding her way into my cynical heart.

I keep reminding myself that I can’t fall for someone when we don’t have a future. But telling myself this lie and believing it are two different things.

When Brady shows up on a Harley, looking like an avenging angel—six feet, three inches of chiseled muscle, eyes the color of wild sage, and sun-kissed skin emblazoned with tattoos—I’m not sure if I should fall at his feet or run like hell. Because if I tell him what happened the night his family died, he might hate me.

What I don’t count on are the nights we spend together trying to forget the heartache that brought us here. I promise him it won’t mean anything, that I won’t fall in love. 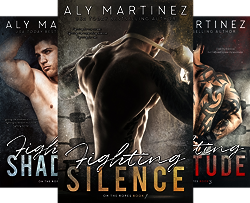 Sound is an abstract concept for most people. We spend our lives blocking out the static in order to focus on what we believe is important. But what if, when the clarity fades into silence, it’s the obscure background noise that you would give anything to hold on to?

I’ve always been a fighter. With parents who barely managed to stay out of jail and two little brothers who narrowly avoided foster care, I became skilled at dodging the punches life threw at me. Growing up, I didn’t have anything I could call my own, but from the moment I met Eliza Reynolds, she was always mine. I became utterly addicted to her and the escape from reality we provided each other. Throughout the years, she had boyfriends and I had girlfriends, but there wasn’t a single night that I didn’t hearher voice.

You see, meeting the love of my life at age thirteen was never part of my plan. However, neither was gradually going deaf at the age of twenty-one.

They both happened anyway.

Every night, just before falling asleep, she sighs as a final conscious breath leaves her.

I think that’s the sound I’ll miss the most.

I come from a family of fighters. I always thought I’d follow in their shadows, becoming unstoppable in the ring. That changed the day I saved the life of a woman I loved, but could never have.

My brother hailed me as a hero, and my reward was a wheelchair.

Until I met her.

Ash Mabie had a heart-stopping smile and a laugh that numbed the rage and resentment brewing inside of me. She showed me that even the darkest night still had stars, and it didn’t matter one bit that you had to lie in the weeds to see them.

I was a jaded asshole who fell for a girl with a knack for running away. I couldn’t even walk but I would have spent a lifetime chasing her.

Now, I’m on the ropes during the toughest battles of my life.
Fighting the shadows of our past.
Fighting to reclaim my future.
Fighting for her.

I was born a fighter. Abandoned by my parents, I spent my life forging my own path—one guided by my fists and paved with pain.

Untouchable in the ring, I destroyed everyone who faced me, but that’s where my victories ended. Outside the ropes, I repeatedly failed the few people who loved me. Including my best friend, Liv James—the one person I’d die to protect.

Even though I didn’t deserve her, Liv never stopped believing in me. Never gave up. Never let go. After all, she understood what I’d lost, because she’d lost it too.

Liv was everything to me, but she was never truly mine.

That was going to change.

I lost my first love, but I refused to lose my soulmate.

Now, I’m on the ropes during the toughest battles of my life.
Fighting to be the man she deserves.
Fighting the solitude of our pasts.
Fighting for her. 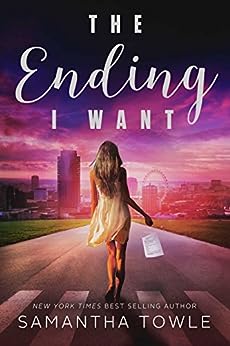 Taylor Shaw had the perfect life—until she was sixteen. That was when everything changed. From that moment on, life went from bad to worse…to the worst.
After recovering from a brain tumor, months later, she suffers the tragic loss of her whole family.
Since that fateful day, she’s been coasting through life.

Now, the brain tumor has returned, and Taylor decides she’s had enough. She’s going to take her fate into her own hands.
No more hospitals. No more surgeries. No more anything.
She’s going to join her family.
It’s her decision.
What she longs for.
The ending she wants.

She just has a list of things to do before she goes.
First, go to England.
Second, kiss a stranger…

Only, Taylor didn’t expect Liam Hunter, the stranger—with his handsome face, his six-foot-three of gorgeousness, and his oh-so-hot English accent—to change things.
To change her.
To change the ending she wanted.

What is a girl, who is standing on the edge of nothing, to do when offered the chance of everything? 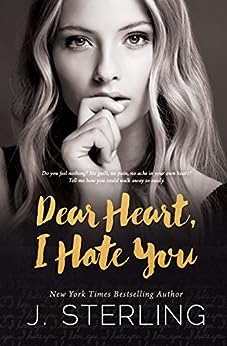 From New York Times Bestselling Author, J. Sterling comes a realistic story about long distance romance and love.
Jules was a self-professed workaholic who put love on the back burner while she focused on making a name for herself in her career. Cal Donovan was the exact same way. He even had a timeline and everything- women didn’t factor into his equation for at least a few more years.

But a chance meeting between the two of them changes everything. Suddenly, love doesn’t seem like such a bad idea. But how do you make things work when you live across the country from one another and you both still want to succeed in your jobs?

What follows is an emotional look into the realities of long-distance romance and finding out who you really are when you thought you already knew. 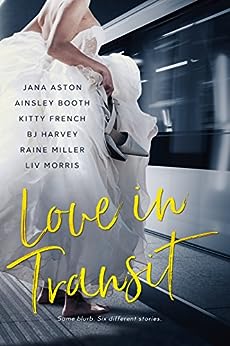 What if you gave six authors the same blurb? Would the stories look anything the same? Or would they be as different as the authors writing them?

You know those people that have a house full of motivational slogans? Embrace Every Moment, stamped on their coffee mugs. Always Kiss Me Goodnight painted above their perfectly made beds.

I’m not one of those people.

This morning I overslept, then slipped on a stray sock and banged my toe into the nightstand. The elevator in my building broke and I had to run down six flights of stairs. And then my local coffee shop was closed. For health code violations.

What’s that? Not the end of the world? You want me to suck it up?

Did I mention I’m wearing a wedding dress… on the subway?

It’s a Good Day for a Hot Mess. Someone embroider that on a pillow. 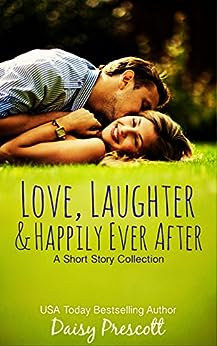 What happens after the happily ever after?

Get a glimpse into the future lives of the characters from Modern Love Stories and Wingmen in this brand new collection of short stories.

Maggie and Gil move into together. Ben and Jo take a vacation. Someone finally puts the outdoor shower to good use. John and Diane plan a wedding. Tom brings Hailey camping. Two wingmen meet their match in a baby. Everyone comes home for the holidays.

Love, Laughter and Happily Ever After includes:

These shorts (except The Pink Pearl) take place after the Modern Love Stories and Wingmen books, so they’re best enjoyed after reading the full length novels in those series. 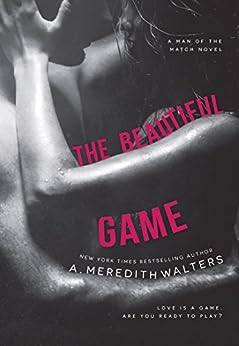 Lucas Bradley enjoys many things.
The roar of the crowd.
Scoring a goal.
Being worshipped and adored by a growing legion of rabid, football obsessed fans.
But gaining a reputation as English football’s newest bad boy—not so much.

Morgan Carter is a fish out of water.
Having moved from America to the United Kingdom, she had hoped for a great adventure.
Instead she’s floundering in a job she doesn’t like and a country she doesn’t understand.
And she finds herself more than ready to leave the land of hot accents behind.

Until a drunken kiss at the local pub changes everything.

Passions ignite. Tempers flare. And what starts as a temporary distraction turns into something deeper.

Yet sleeping with a man on the cusp of full-blown fame comes with a price—one that Morgan isn’t sure she’s willing to pay. And Lucas, forced into the spotlight, finds his world turned upside down.

Love is a game.
But are Lucas and Morgan ready to play?
And can they learn the rules before they run out of time? 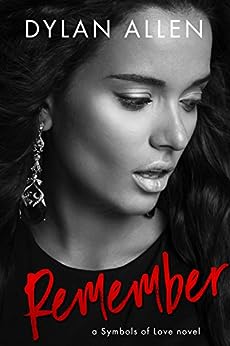 Millicent
Milly’s life was safe. Her plans, certain.
She doesn’t take risks because she knows what it’s like to lose everything.
But, when it all falls apart, she decides to throw caution to the wind.
Her journey to reclaim her future leads her straight into the grown up arms of the boy she left behind.
In them, she finds passion long denied and love she thought was lost.
But is the promise of a second chance worth the risk of losing herself again?

Dean
When he discovers that the girl he has loved his whole life moved on without him, Dean needs answers.
He didn’t expect to still want her.
He didn’t expect her to want him, too.
And suddenly, he finds himself in a battle for the heart of the woman he’s never stopped loving.

As they look to the past for answers, can they hold onto the future they were meant to have?  Or will what they remember make them wish they could forget? 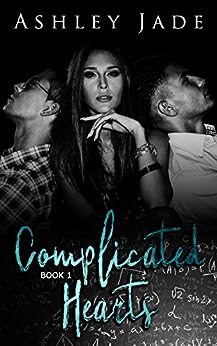 Breslin—I was in love with Asher Holden the moment I saw him…and I knew nothing would ever be the same.
Then he hurt me. He wrecked me. He ruined me.
I spent three years putting myself together—fixing what he broke.
I never thought I’d see him again after that day.
I was counting on it.
Little did I know—life had other plans…and things were going to become a lot more complicated.

Asher—I finally know who I am. I own it, I embrace it…I’m no longer afraid.
I live my life with no regrets now, because I’ve learned my lesson—the hard way.
I thought I had it all figured out.
But then my past collides with my present…and things become complicated.
Turns out I don’t really know myself after all.

Landon— My life was all mapped out.
I knew exactly what direction I was heading in—I didn’t have time for any roadblocks or obstacles.
Then I meet her.
And him.
Now, my heart is split right down the middle.
She controls the rhythm. He controls the melody.
Complicated doesn’t even begin to cover it…and there’s only one way this can end.

Warning: This story is for mature readers only, due to language and sexual themes. This duet contains explicit content featuring m/f, m/m, m/f/m.

Trigger Warning:
This story is strange and unconventional. It’s everything you hate. That’s the only warning I can offer you.