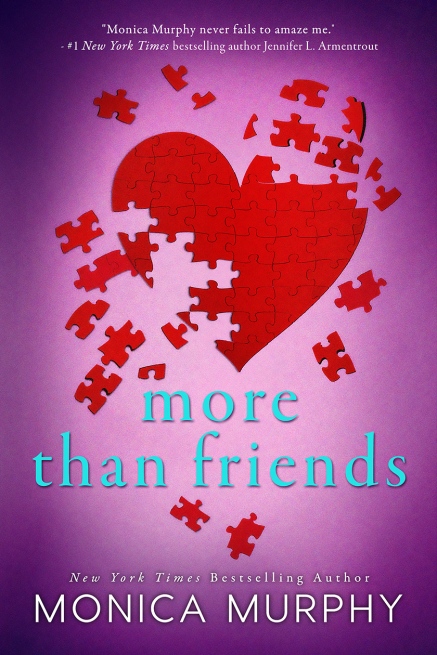 He’s not perfect, but he’s all I want…

I’m your average girl at your average high school, trying to figure out my place in life. After catching my now ex-boyfriend messing around with my now ex-best friend, I’ve made
some big changes. No more band, no more backstabbing friends and no more boring old life. Now I have new friends, a new job and new interests.

But there’s a certain someone who’s interested in me, and I don’t get it. Jordan Tuttle could have anyone he wants. He’s the most popular boy in school. Rich, gorgeous, smart and the star quarterback, he’s perfect. Yet he acts like he wants no one else but…me.

So despite my fears and doubt, I let him get close. Probably too close. I discover that he’s not so perfect after all, but it doesn’t matter. I’m falling for him, even though he runs so hot and cold. I know someday he’s going to break my heart.

And I’m going to let him.

I’m cruising on my bike, contemplating everything Livvy just told me. How her mom was so mad when she discovered Livvy had spent the night at Ryan’s house, she grounded her and took away her phone. Livvy is seriously going to lose her mind being grounded for so long, unable to see Ryan unless we’re at school. That won’t be enough for her. When it comes to Ryan, it feels like nothing is ever enough for her.

At least I’m not in trouble like she is.

Liv’s going to stress out over Ryan, though. Over those hours when she’s not with him and he could possibly be up to no good. She worries about him all the time. I get it—sort of. He seems to play games, and that must get exhausting.

Truthfully, I wouldn’t put up with that crap. But I’m not Livvy.

The wind blows through my hair as I make a right into my neighborhood, turning the wild strands into a tangled mess. Not that I care. There’s no one I’m hoping to impress. It’ll just be Sunday night dinner with the family, as usual. I’m not even sure if they’re home yet. Dad mentioned something about going to Home Depot to pick out fall flowers for the yard, and Mom said something about shower curtains and Bed, Bath & Beyond.

Bleh. I’m glad I made my escape when I did.

My house slowly comes into view and I smile to myself. I might not live in a giant mansion in a fancy neighborhood like my new so-called friends, but our house is nice. Small and on the older side, but it’s cute, with a pretty front yard and a big porch with a white swing…

Oh. Crap. There’s someone sitting on the swing. His arms are spread out along the back of the wooden frame, his gaze locked directly on me, like he knew I was going to appear at any second.

My heart is racing as I press gently on the brakes, taking him in, my gaze roving over every single tiny feature that makes him Jordan. I want to slow down the moment, revel in the anticipation of finding him waiting for me. He rises to his feet, runs a hand over his thick, perfect hair almost nervously, and a shuddery breath leaves me.

The memory hits me, socks me in the stomach and leaves me aching. I remember what it felt like, having those hands on me just last night. His mouth on mine, the words he whispered in my ear. It wasn’t a dream. It wasn’t something I made up inside my head, because seriously, I was starting to wonder if I really was losing my mind when it came to Jordan Tuttle.

But no. Jordan is real. He’s in my life because he wants to be here for some crazy reason. And now he’s waiting for me, his hands on his hips, the faintest smile on his face as he continues to watch me.

“What are you doing here?” I ask as I make my approach, hopping off my bike so I can roll it up the front walkway.

We meet in the middle, Jordan stopping just in front of me. “Nice way to greet me.”

I frown, worried I was doing everything wrong. He had a way of making me feel like that. “How should I greet you?”

“Like this.” His hand is suddenly curled around my nape when he pulls me in for a too-quick yet somehow lingering kiss. My lips tingle when he pulls away, and by the smug expression on his face, I know he knows the effect he has on me.

“Jordan,” I chastise, stepping away from him and nearly tripping over my stupid bike. Luckily enough, he catches me by the elbow, steadying me before I fall over like an idiot. “What if my parents are inside?”

“They’re not.” He grabs the bike from me, nudges the kickstand down and sets it in place on the sidewalk a few feet away from us. “Where’ve you been?”

His confidence makes me crazy. He’s so sure of himself, and I wish I had even an ounce of his self-assuredness.

I don’t. Not even close. He lives in another realm. I’m just a lowly peon compared to His Majesty, Lord Jordan Tuttle.

“I went over to Livvy’s,” I tell him when I realize he’s waiting for my answer. As usual, my mind wanders when I’m in his presence. “I wanted to make sure she’s okay.”

Jordan frowns. “She is, right?”

“Oh yeah, her mom just grounded her for life.” When he sends me a come on face, I readjust. “Fine, she’s grounded for a couple weeks. No phone. No Ryan.”

“It might do her some good, the no Ryan thing,” he mutters.

I say nothing. I don’t understand the relationship he has with Ryan. They’re friends. Then they’re not. They’re teammates always, and that’s something Jordan has to deal with no matter what.

“What are you up to right now?” I ask, hoping to change the subject.

He smiles. Reaches out to tuck a wayward strand of hair behind my ear. I feel that innocent touch all the way down to my toes, which are currently curling in my battered white Converse. “I want to take you out.”

My mouth drops open. “In public?”

The frown is back. It’s not fair, how attractive he still is despite the scowl he’s currently wearing. “Of course in public. What the hell, Mandy.”

I shrug, my cheeks burning with embarrassment. “We haven’t actually been seen together.”

He grabs my hand and pulls me in close. My body immediately goes hot and I wonder if he has some sort of powerful force field I can’t resist. “I want to change that.”

My gaze meets his and I can’t look away. He’s so sincere. So serious. “What happened between us last night was…”

“Real.” He kisses me again. Another brief brush of lips on lips, yet I’m decimated. Shaky all over when he pulls away. When my ex Thad kissed me, I never felt like this. Ever.

“Maybe we were just caught up in a moment?” I ask tentatively. It’s like I’m always waiting for the bomb to drop. For the joke to be on me. No one in a million years would ever match me with Jordan Tuttle. Not even me. So what’s his deal? Why is he so persistent? I don’t get it.

I like it, but he also scares me. I don’t want to get hurt.

I don’t want my heart to be broken.

“Every time I’m near you, I get caught up in a moment.” One side of his perfect mouth tips up in this semi-smile that is absolutely adorable. I wish I had my phone out so I could snap a pic of him. “Maybe we need to give this a try and see if all we ever experience together is one giant moment.”

“That’s impossible.” The words are out before I can stop them and I slap my hand over my mouth, my eyes wide as I stare up at him.

Jordan actually laughs, shaking his head. It’s a rare sound, but wow, is it amazing. “Nothing’s impossible if you want it bad enough.”

I drop my hand, gaping up at him. “So are you saying that you want—me?”

Read the prologue, One Night

Free on All platforms or on Wattpad: